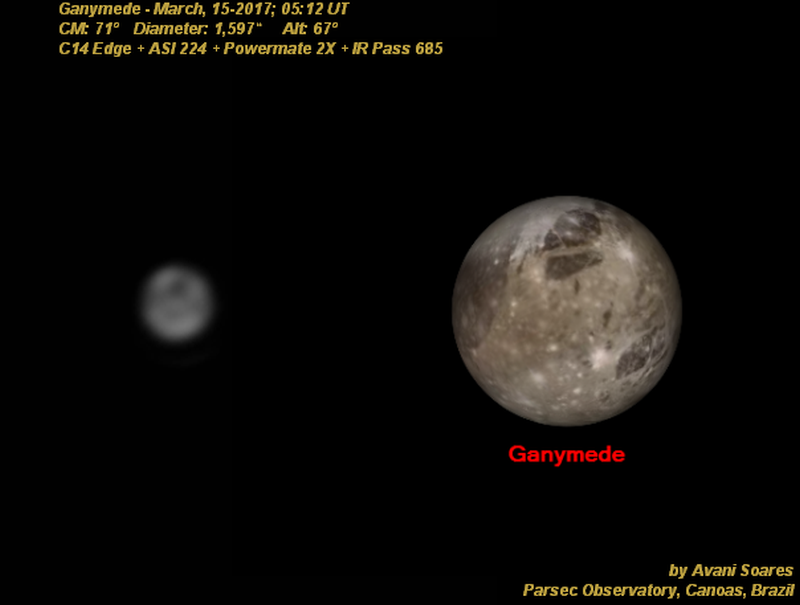 Ganymede in IR 685nm Another picture of Jupiter's largest satellite, now made in the near infrared. We can confront with the photo of WinJupos on the right and realize that the main dark spots are in agreement. That bite in the limbo at 10 o'clock corresponds to the largest dark spot that loses contrast with the sky. Ganymede is the largest satellite in the solar system. Larger than Mercury and Pluto, and only slightly smaller than Mars, it would easily be classified as a planet if it orbited the sun instead of Jupiter. The moon probably has a salty ocean beneath its icy surface, making it a potential place for life. The European Space Agency plans a mission for the icy moons of Jupiter in 2030, is expected to arrive and put special emphasis on the observation of Ganymede.