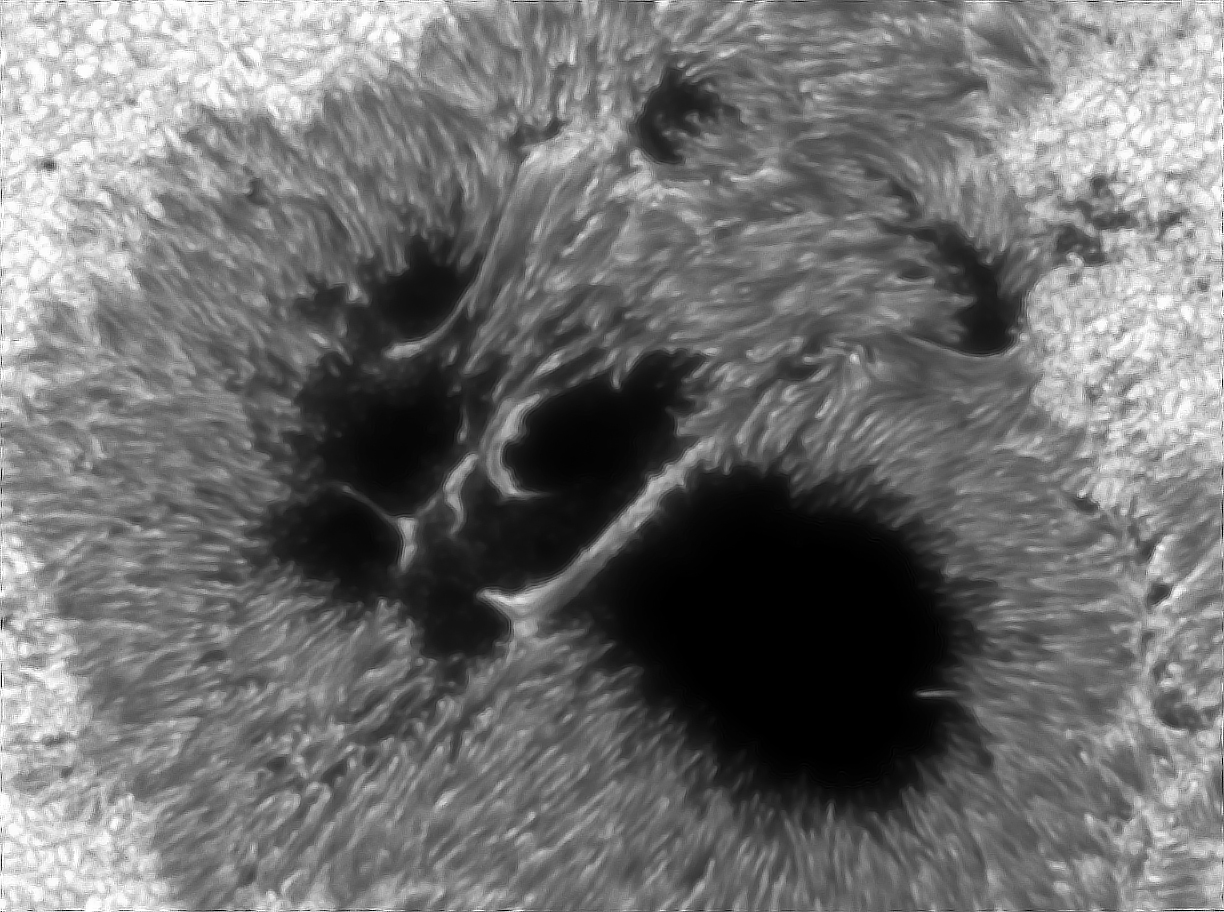 A day after the October 23, 2014 solar eclipse my newly built 228mm F9 refractor, “Leviathan”, was ready to see first light. I had been following the giant sunspot group AR2192 which was near the solar meridian so I decided to capture it. To my surprise that day was to be the best seeing conditions that I had ever experienced in Arizona. The following images were captured with a Baader solar film and a Flea2 video ccd camera. The color image was APOD for October 24, 2014. Color processing was done by Alan Friedman. The close up of the group and the granulation image were both taken at an astounding 8,400mm EFL.