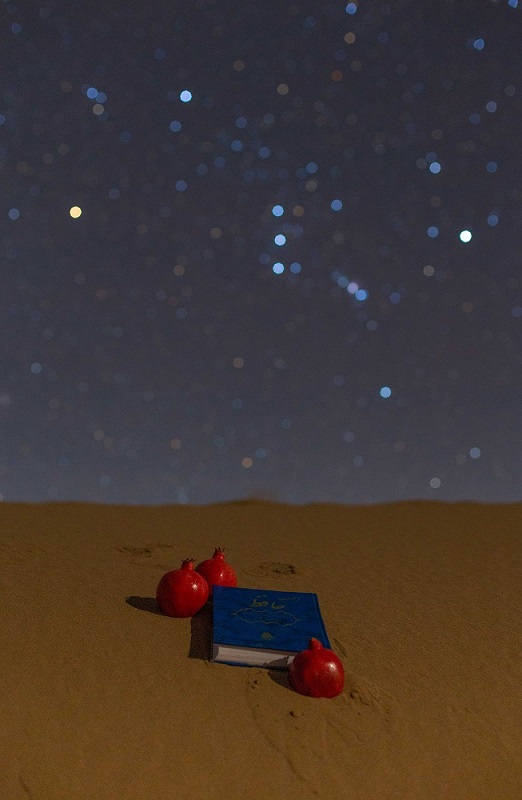 In the Northern Hemisphere, on December 21-22 we have the longest night of the year which is known as December solstice or the winter solstice. By contrast, six months later we'll have the longest day of the year on June 21, 2018. This phenomenon is entirely vice versa in the southern hemisphere. Shab-e Yalda (night of birth) is an Iranian festival celebrated on the winter solstice - last day of the ninth month (30 Azar) of the Iranian civil calendar (Solar Hijri calendar). This night is called Yalda which meant rebirth (of the sun), and it is celebrated for the triumph of light over darkness. On Shab-e Yalda, making wishes, eating fruits like pomegranate and reciting works by 14th-century Persian poet, Hafez, help mark the triumph of Mithra (the sun god) over darkness. I took this shot to refer to the relation between the Iranian's culture and astronomical events. Here the Orion constellation is the symbol of the winter. The 2018 December solstice takes place on Friday, December 21 at 22:23 UTC.