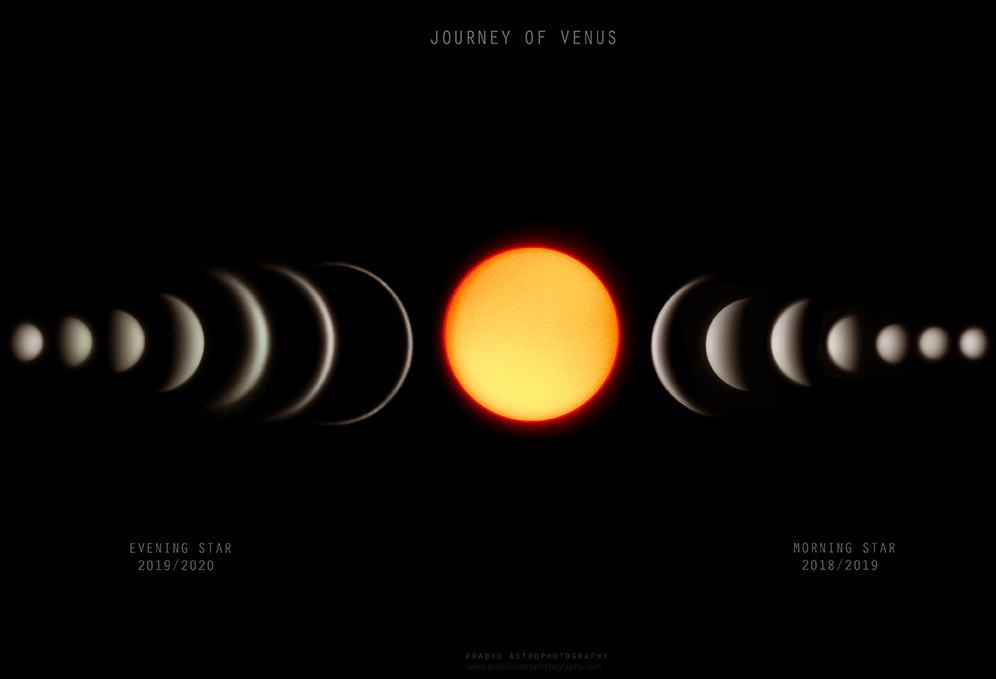 Venus is the second planet from the Sun and the third brightest object in Earth's sky after the Sun and Moon. The surface of Venus is hidden by an opaque layer of clouds that are formed from sulphuric acid which makes it looks featureless through telescopic observation. Venus overtakes Earth every 584 days as it orbits the Sun, it changes from the "Evening Star", visible after sunset, to the "Morning Star", visible before sunrise. As it orbits the Sun, Venus exhibits phases just like the Moon. It appears as a small and "full" disc when it is on the opposite side of the Sun (at superior conjunction). Venus shows a larger disc and "quarter phase" at its maximum elongations from the Sun, and appears its brightest in the night sky. The planet presents a much larger thin "crescent" in telescopic views as it passes along the near side between Earth and the Sun. Venus displays its largest size and "new phase" when it is between Earth and the Sun (at inferior conjunction). Entire phenomena can be observed in this image starting from left to right, its apparent size, and its phase changes over the course of time. This image is a composite captured over 500 days at an interval of 1-month starting from the end of 2018 till mid-2020, few months have been missed due to cloudy weather.