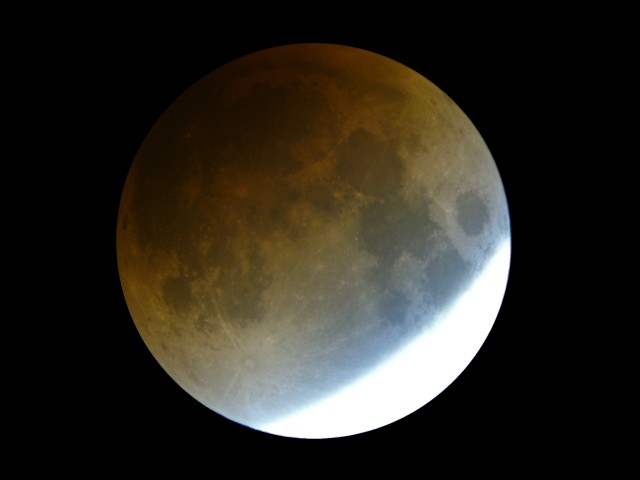 This 1 second exposure, taken 15 minutes before the beginning of the totality, captured a well defined blue band near the umbra's edge. As explained by Alan MacRobert in the February issue of Sky & Telescope, "it's due to the Earth's upper atmosphere, which absorbs in the red and so, blues the light that pass through it".