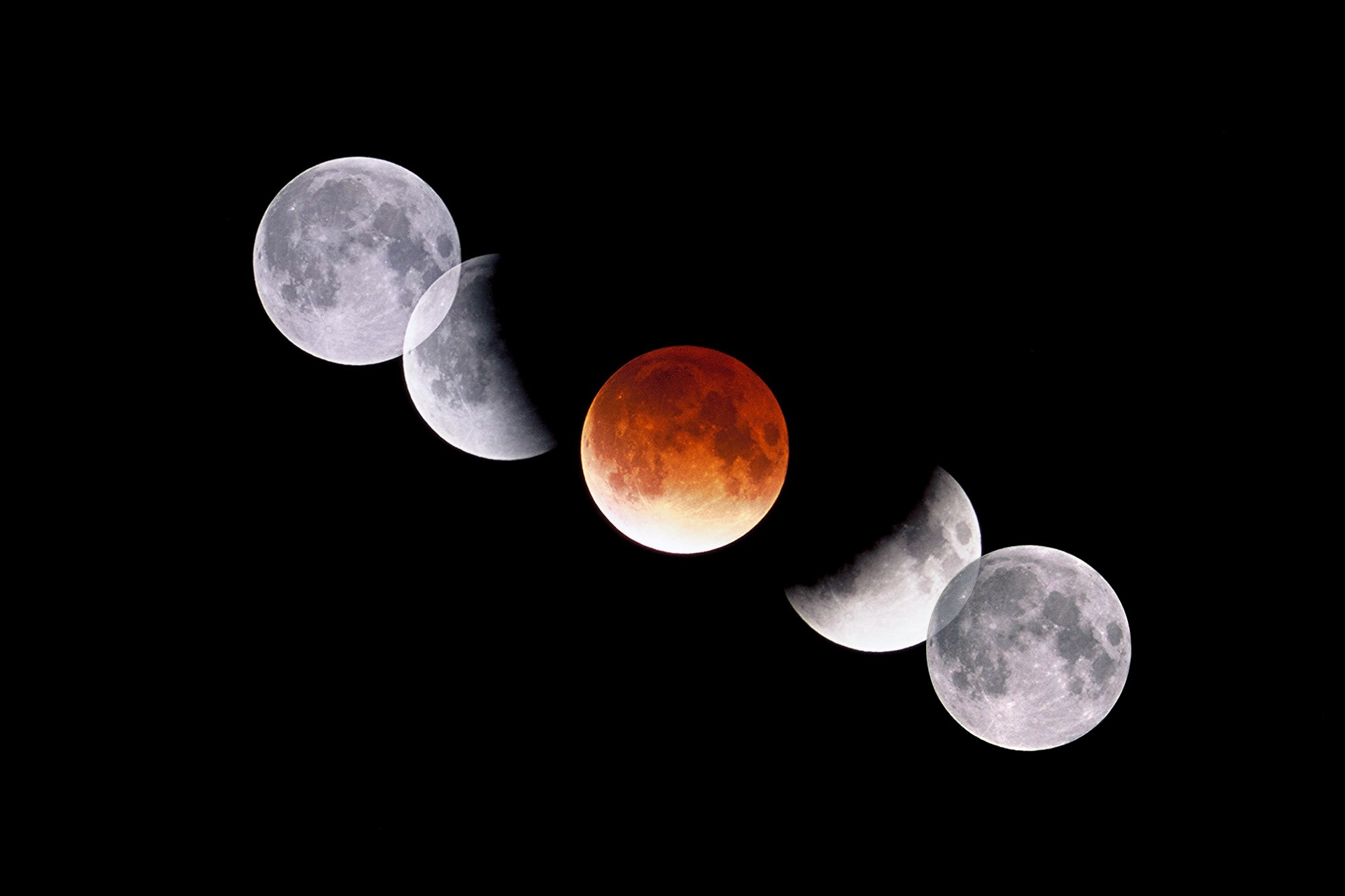 The sequence of the November 8, 2003 total lunar eclipse was captured as multiple images on s single frame of film. By allowing the telescope to track at sidereal rate, the moon moved about one diameter every hour, from the lower right corner of the film, to the upper left. The exposures were timed about every 49 minutes to allow some overlap of the images, and the length of the each exposure was adjusted according to how much of the moon was eclipsed. In all, it took about 5 ½ hours to complete this sequence.