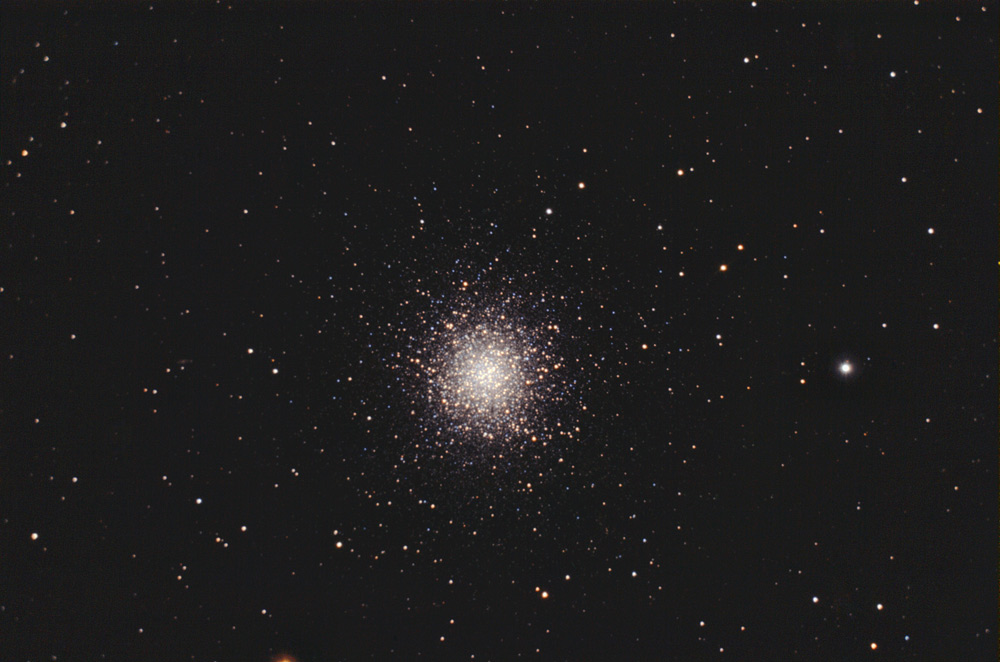 M13, also called the `Great globular cluster in Hercules', is one of the most prominent and best known globulars of the Northern celestial hemisphere. It was discovered by Edmond Halley in 1714, who noted that `it shows itself to the naked eye when the sky is serene and the Moon absent.' According to Charles Messier, who cataloged it on June 1, 1764, it is also reported in John Bevis' "English" Celestial Atlas.