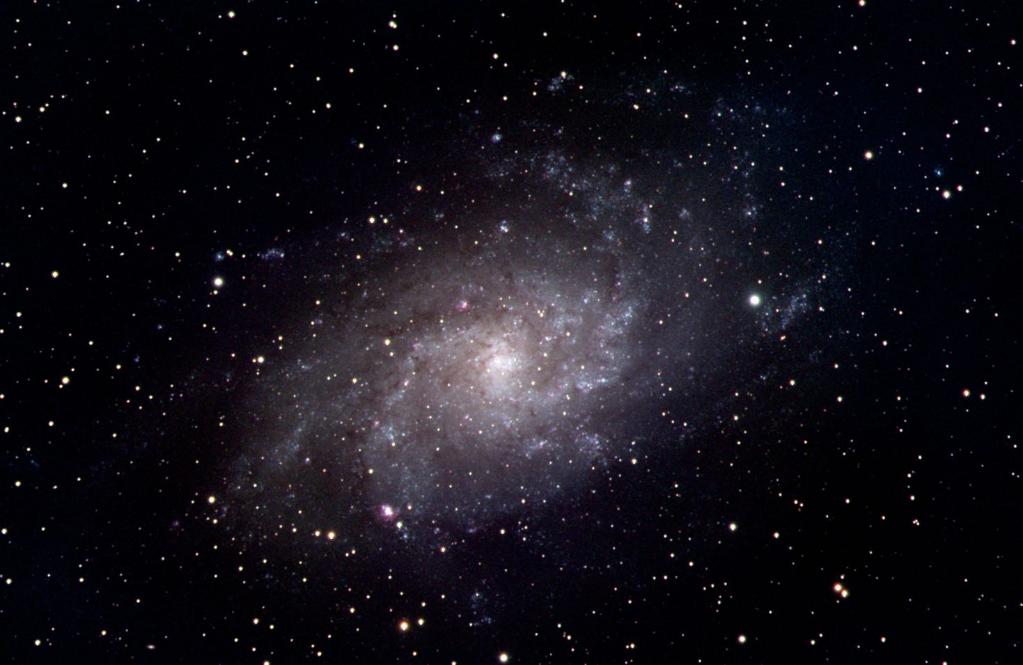 The second closest spiral galaxy to us in the Local Group is M33 in Triangulum, sometimes referred to as the 'Pinwheel Galaxy', a name that is also attributed to M101 in Ursa Major. The Triangulum Galaxy lies at a distance of about 3 million light years though, and some believe it is a companion to the great Andromeda Galaxy. It is nowhere near as large, however, nor is it even as large as our Milky Way Galaxy. M33 has a large number of H2 regions that are very obvious in long exposure images, and as such, it is a hotbed of new star birth. This image was taken over the course of several nights this past fall. Total exposure time was about 5 hours. The image was processed with MaxIm DL and Photoshop 5, and was cropped from the original using Irfanview.