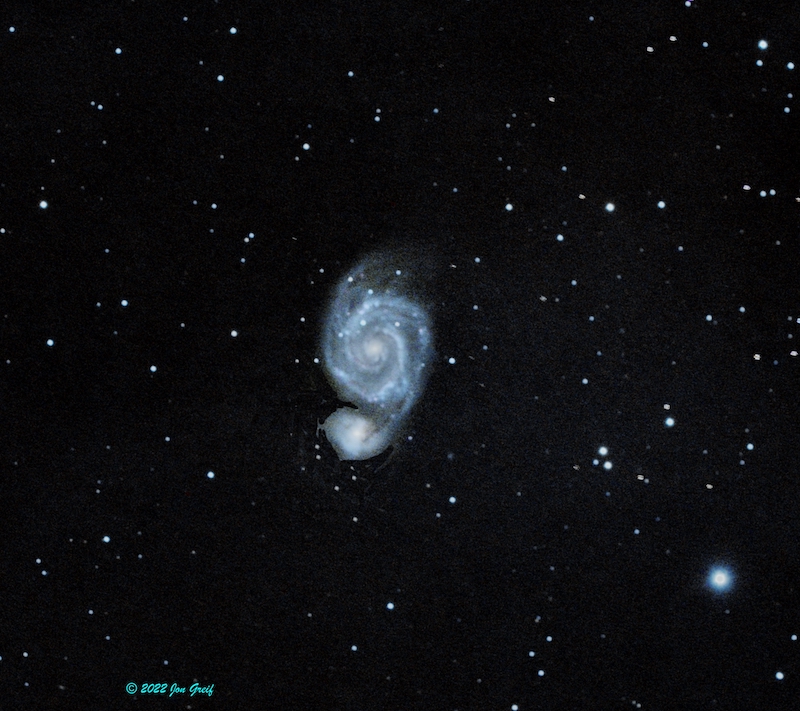 It's galaxy season, and last night was clear enough for this 100 minute exposure from our deck, through my 85 mm Takahashi refractor. The galaxy is the well known Whirlpool Galaxy, M51, consisting of the larger NGC 5194, and the smaller, interacting NGC 5195. It lies in the constellation Canes Venatici, and was the first galaxy to be classified as a spiral galaxy. Its distance is 31 million light-years away from Earth. The Whirlpool Galaxy was discovered on October 13, 1773, by Charles Messier while hunting for objects that could confuse comet hunters, and was designated in Messier's catalogue as M51. The bright star in the lower right of the image is known by its catalogue name as HD 117815, a pulsating variable star in Canes Venatici.