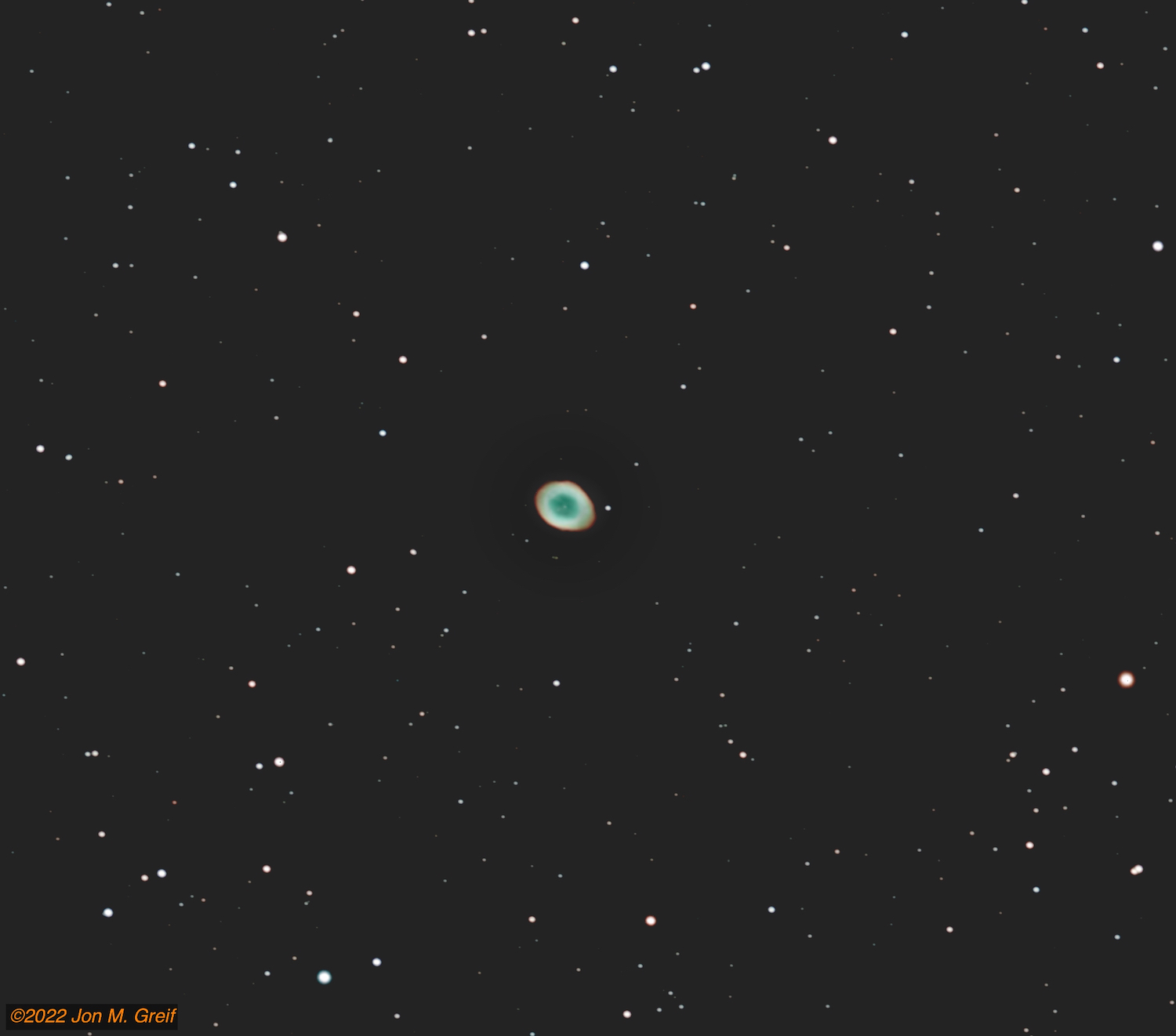 The Ring Nebula (catalogued as Messier 57, M57 and NGC 6720) is a planetary nebula in the northern constellation Lyra, 2600 light years from Earth. It has a diameter of 2.6 light years. A planetary nebula is formed when a star, during the last stages of its evolution before becoming a white dwarf, expels a vast luminous envelope of ionized gas into the surrounding interstellar space — it has no relation to planets. M57 was discovered by the French astronomer Charles Messier while searching for comets in late January 1779. Fellow French astronomer Antoine Darquier de Pellepoix, two weeks later, independently rediscovered the nebula. Darquier later reported that it was "...as large as Jupiter and resembles a planet which is fading" (which may have contributed to the use of the "planetary nebula" terminology). It was entered into Messier's catalogue as the 57th object. German-born astronomer William Herschel also described the Ring Nebula. This image is a stack of 3.5 hours of 5 minute exposures through an 85 mm refracting telescope taken from our deck (Bortle 6) last night.