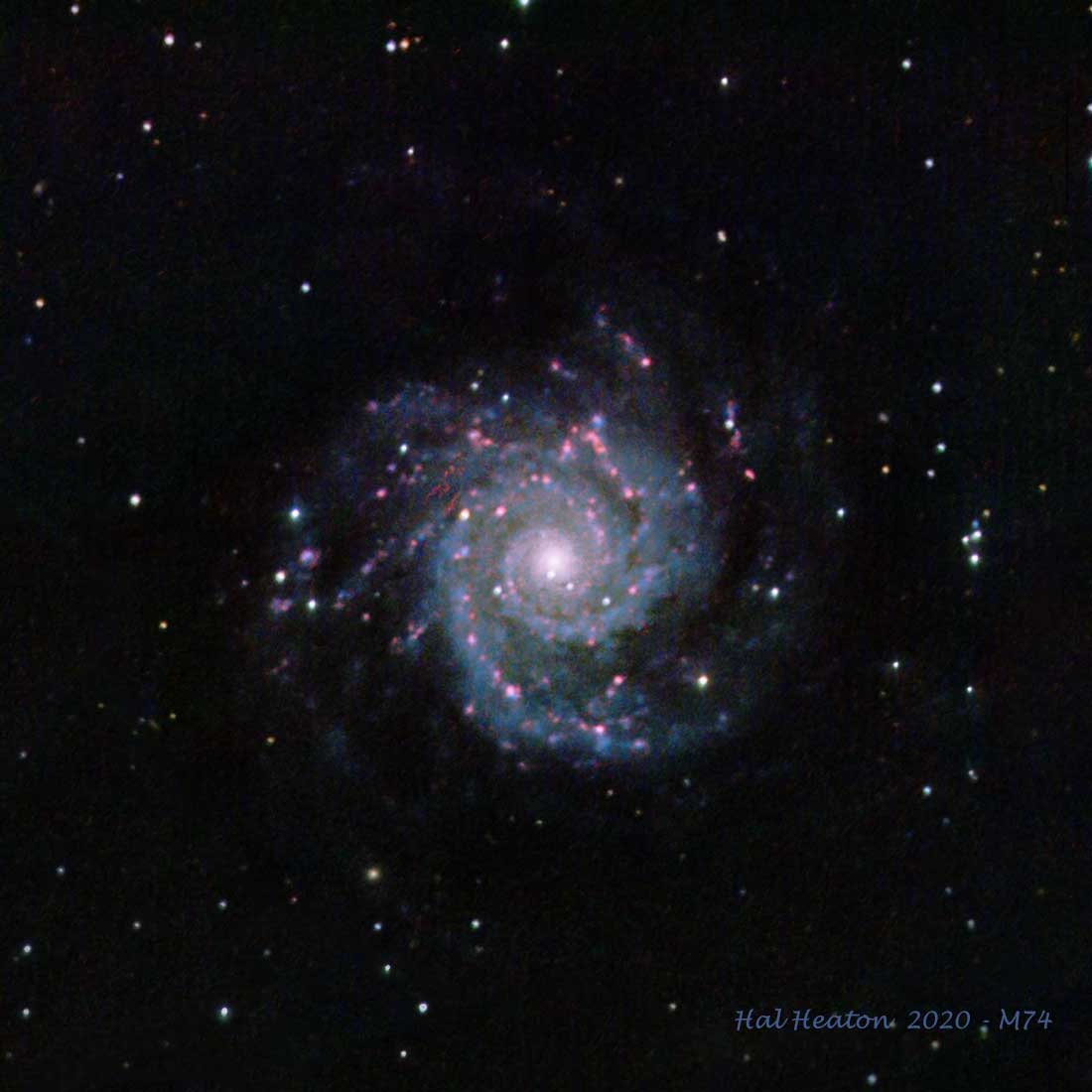 The grand-design spiral galaxy M74, situated approximately 45.7 degrees south of the Galactic plane, shines face-on in the northern hemisphere’s evening sky in the constellation of Pisces. The brightest member of the small M74 Group, it has been the site of at least three supernovae and displays an intriguing perturbation to the northwest of its principal northern arm. Resembling an upward-pointing caret, that region is outlined by strong H-alpha (red) emission indicating it is actively forming stars. The initial RGB image prepared from the mean broadband frames in CCDStack-v2 was used to produce new color-balanced red, green and blue frames, and the mean H-alpha image was blended into the luminance and new red images using Photoshop CC 2019 to produce an LRGB image with increased detail. The latter was LAB-color adjusted and sharpened using a two-scale high-pass filter and the star profiles were reshaped to remove distortion caused by the lack of guiding before performing noise-reduction. At a distance of 32.9 Mlys, the finished 17.14 arcmin square result spans about 164,100 lys on a side. North is up and east is to the left.