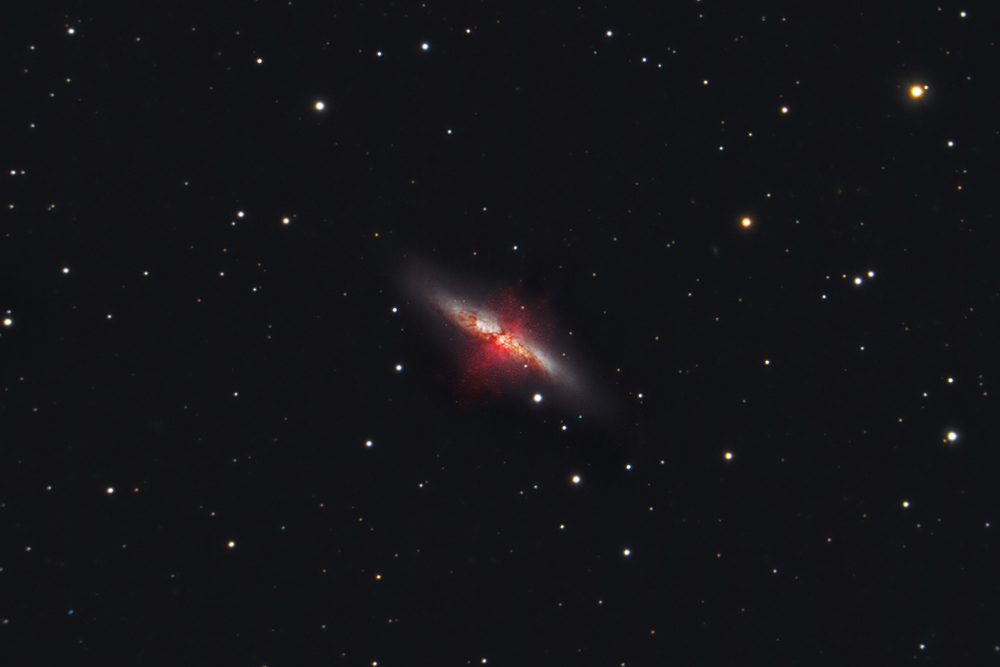 M82 HaRGB - Collaboration of DSLR and CCD imaging. Color from modified 350D and Ha from Meade DSI Pro II bringing out the best in a very active galaxy. The prototypical "starburst galaxy", M82 is very active in star forming, probably due to the energizing influence of a recent close (in galactic terms on both counts - the most recent being 50 to several 100 million years ago) encounter it's neighbor M81. M82 forms stars at the rate of 10 times that of a normal galaxy.