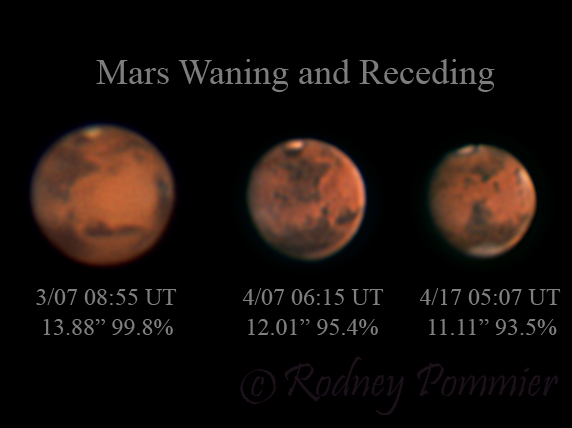 Earth passed between the Sun and Mars, known as opposition, on 2012-03-03 and made closest approach on 2012-03-05. Around these times, Mars ‘disk is illuminated in full phase and exhibits its greatest apparent diameter. Subsequently, Earth pulls ahead of Mars and we look back on the morning terminator of a waning gibbous Mars whose disk shrinks as it seemingly recedes in the distance. These images show that even small changes in disk size have a profound impact on the apparent sizes of surface features, like Acidalia Planitia, Margaritifer Terra, Sinus Meridiani, and Syrtis Major, making them progessively more challenging to capture.