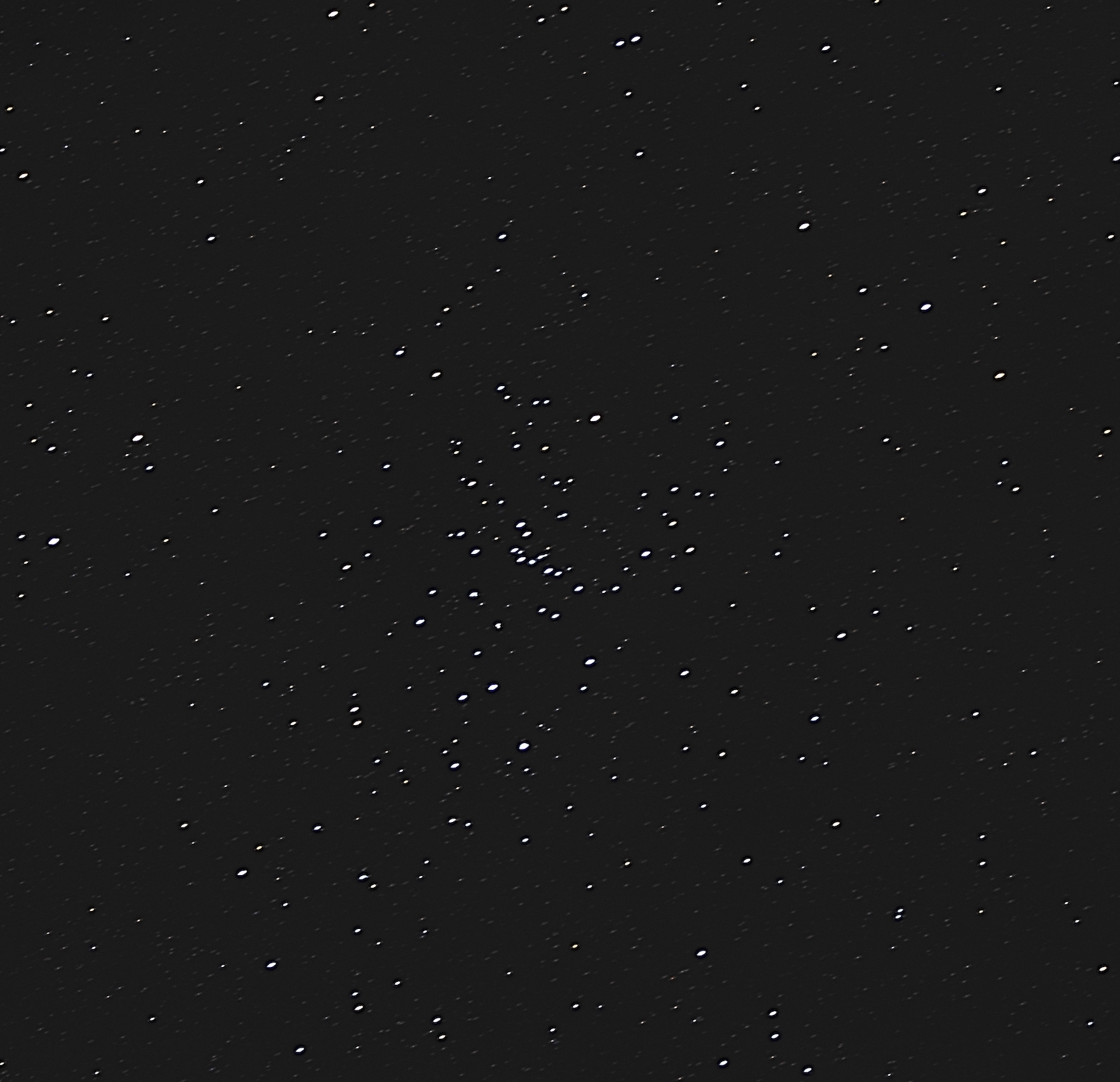 The clouds parted for about one hour, two nights ago, giving me an opportunity to do some astrophotography, for the first time in weeks. I chose the quickest target to where I was aimed, Messier 48, a large open cluster in the constellation Hydra, which is in the Southern sky, near the celestial equator, meaning that it can be seen from much of the Southern Hemisphere, as well as the Northern. M48 has an interesting history, having first been described by Charles Messier in 1771, the 48th item in his catalog, but he miscalculated its location, leading to a additional “discoveries” by Caroline Herschel in 1783, Oswalt Thomas in 1934, and T.F. Morris in 1959, and, as such, it has several additional designations: NGC2548, Colliner 179 and MWSC 1454. It’s estimated to be 300 million years old, 11.5 light years in diameter, and 1500 light years from Earth. 24 120-sec exposures - 48 minutes integration time.