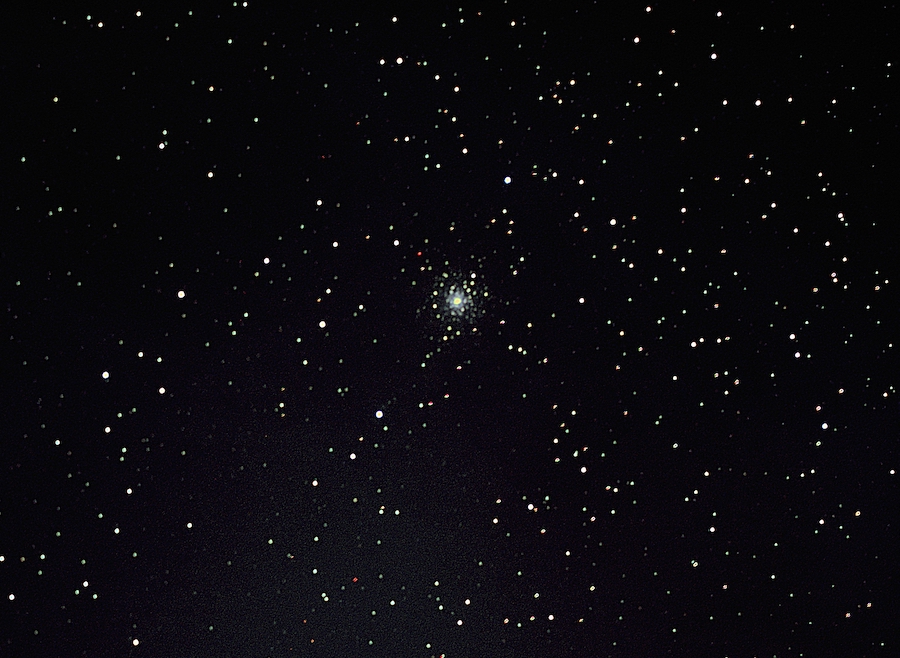 Messier 79 (also known as M79 or NGC 1904) is a globular cluster, in the center of this image, which was shot from our deck two nights ago and represents two hours of exposure time. It is visible from both the Northern and Southern Hemispheres, in the constellation Lepus, between the bright stars Sirius (of Canis Major) and Rigel (of Orion). It was discovered by Pierre Méchain in 1780 and is about 42,000 light-years away from Earth. It is not native to the Milky Way galaxy at all, but instead to the putative Canis Major Dwarf Galaxy, which is currently experiencing a very close encounter with our galaxy. M79 might have been stolen from that nearby galaxy in the not-too-distant past. The cluster is being disrupted by the galactic tide, trailing a long tidal tail.