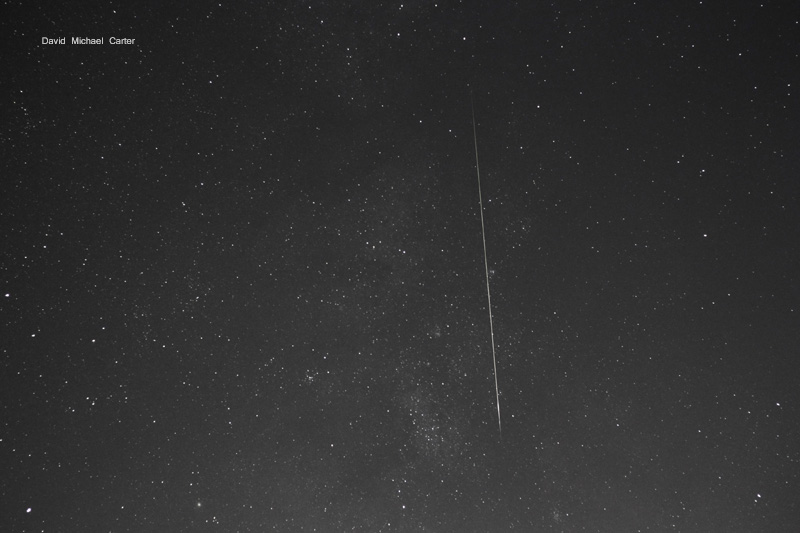 The other night, I was using my 50mm lens to search for new photo subjects around Sagittarius. I was taking a 5 second exposure when a meteor filled the frame. The position of the meteor rules out the possibility of it being a Capricornid. Perseus was very low on the northeastern horizon at the time, making it highly unlikely that I caught an early Perseid. It seems that I caught a stray meteor in the narrow frame of a 50mm lens, during a 5 second exposure. I am also about 20 minutes from Downtown Houston, making the light pollution horrible. Visible in the photo are M16, M17, M18, M22, M23, M24, and M25.