Methane in Saturn - Firing it with style 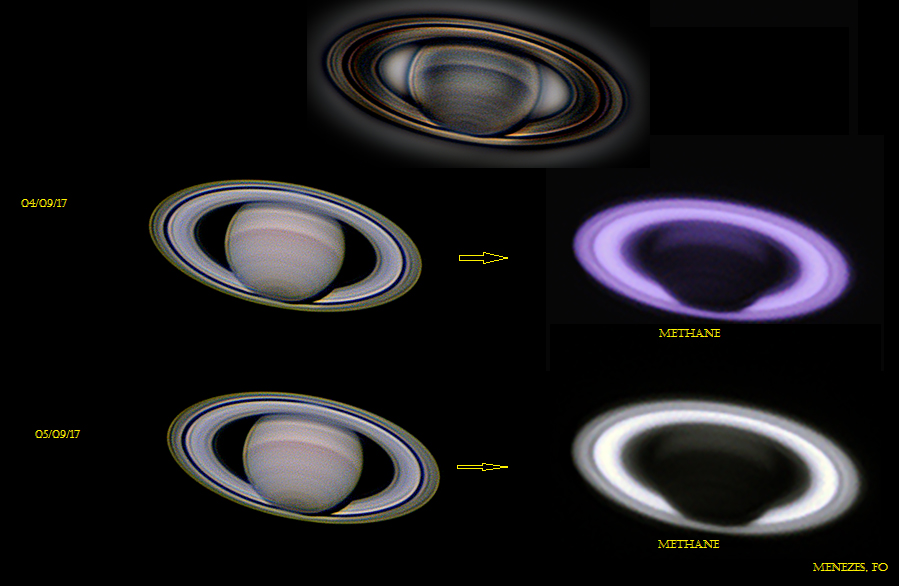 Methane in Saturn - Firing it with style - Images made with C11 edge Hd + zwo asi 290mc + methane filter Methane (CH4) a gas that in contact with the Earth's atmosphere can have high inflatable power, exists in other planets, source of abiotic products. In the near infrared at 890 nm. This filter is very interesting because, unlike all the others, it does not reveal information regarding the color differences of the planet, but the relative altitude of the cloud structures! The brightness of a particular detail is directly correlated with its relative altitude in the Jovian atmosphere: the brighter it is, the higher it is. We observe that the red patches of the planet (GRS, BA) and the south polar cap are the highest structures ... This kind of information is very valuable. This image was taken at wavelengths of light that are absorbed by methane on Saturn The basic reason that there are gases heavier than hydrogen in the upper atmosphere of Saturn and its anes is that it is hot enough for methane, ammonia, etc. in the atmosphere are gaseous (they do not condense into a liquid) and the atmosphere is well mixed by convection. What struck me was that no significant amounts of methane were detected on the moons of Saturn, I tried to verify the northern region of Titan, with an intense focus on it, but did not detect significant amount of methane in gaseous form, which was a surprise. Studies have been done on several consecutive nights, I am exposing some of the 1500 images made.