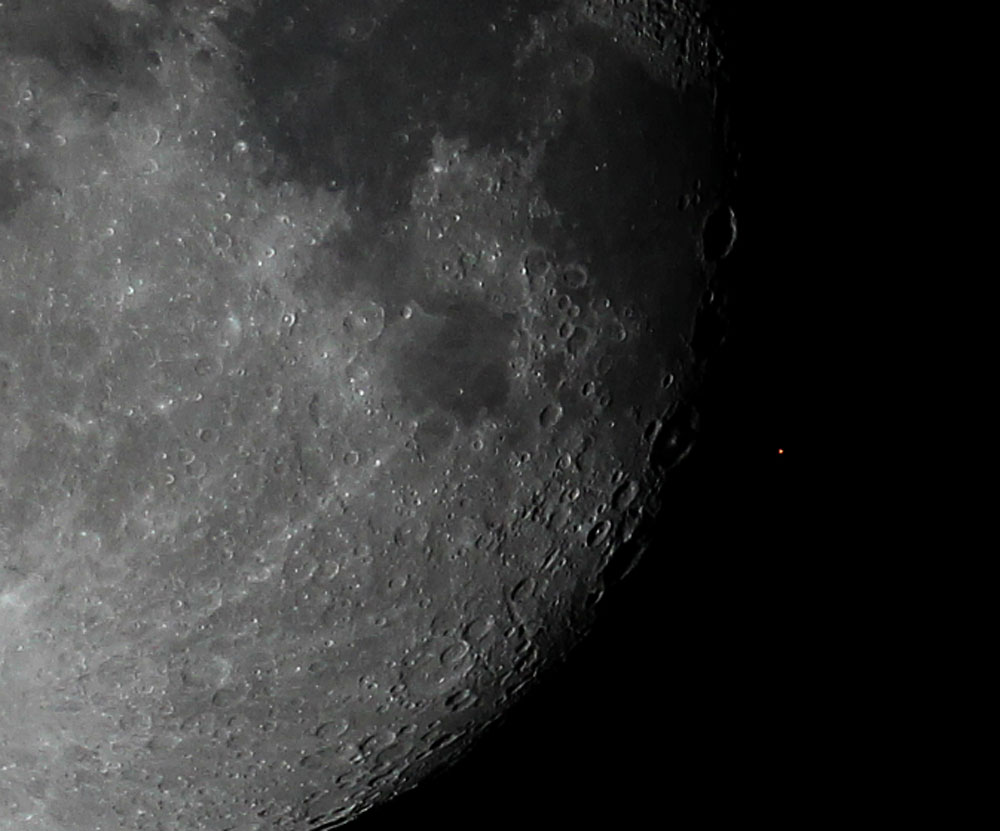 Α couple of weeks ago (29 October), Moon passed in front of a star, actually Aldebaran, which is one of the most characteristic stars in the constellation Bull. It is a giant red star , about 67 light years away from Earth. At 10:41PM UT, our satellite approached the star and occulted it. One hour later (at 11:47 PM UT), Aldebaran appeared from the western side of the Moon, as seen in the photo.