N11: The Second-largest HII Region in the LMC 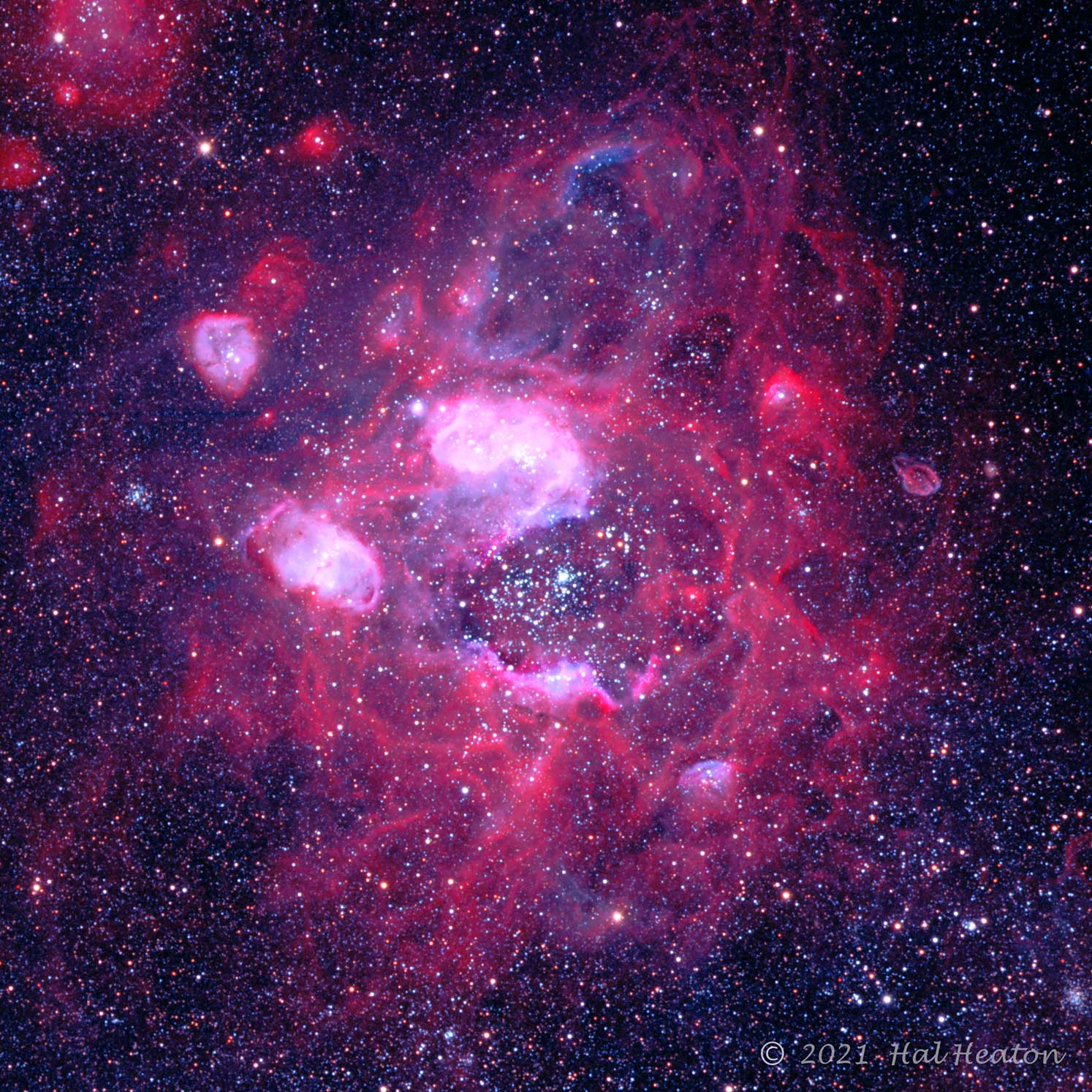 Seen from a distance of about 163,000 light years, the emission nebula LHA 120-N 11 is second in size only to the Tarantula Nebula in the Large Magellanic Cloud. Lying on the NW edge of that galaxy's only spiral arm in Dorado, the transition to darker interstellar space can be easily seen toward the upper right corner of the image The young star cluster at its center, NGC 1761, hosts the fierce multiple star system HD 32228, which contains both a rare blue Wolf-Rayet star and an O-type bright giant. Just above that cavity, the bright nebulosity of the Bean (shaped) Nebula NGC 1763 dominates the scene. Numerous other nebulae appear interwoven in N11’s structure, as well as in nearby space. In its entirety, N11 bears some resemblance to the closer Rosette Nebula in Monoceros. The image was made by enhancing mean red, green and blue frames, each comprising 20-min of data, with narrowband H-alpha and OIII scenes formed from 30 and 40-mins of exposures, respectively. After cropping the result to 29.9 arcmin square, the result was oriented with N up and E left.