Nebulae Along the Southern Rim of LMC-4 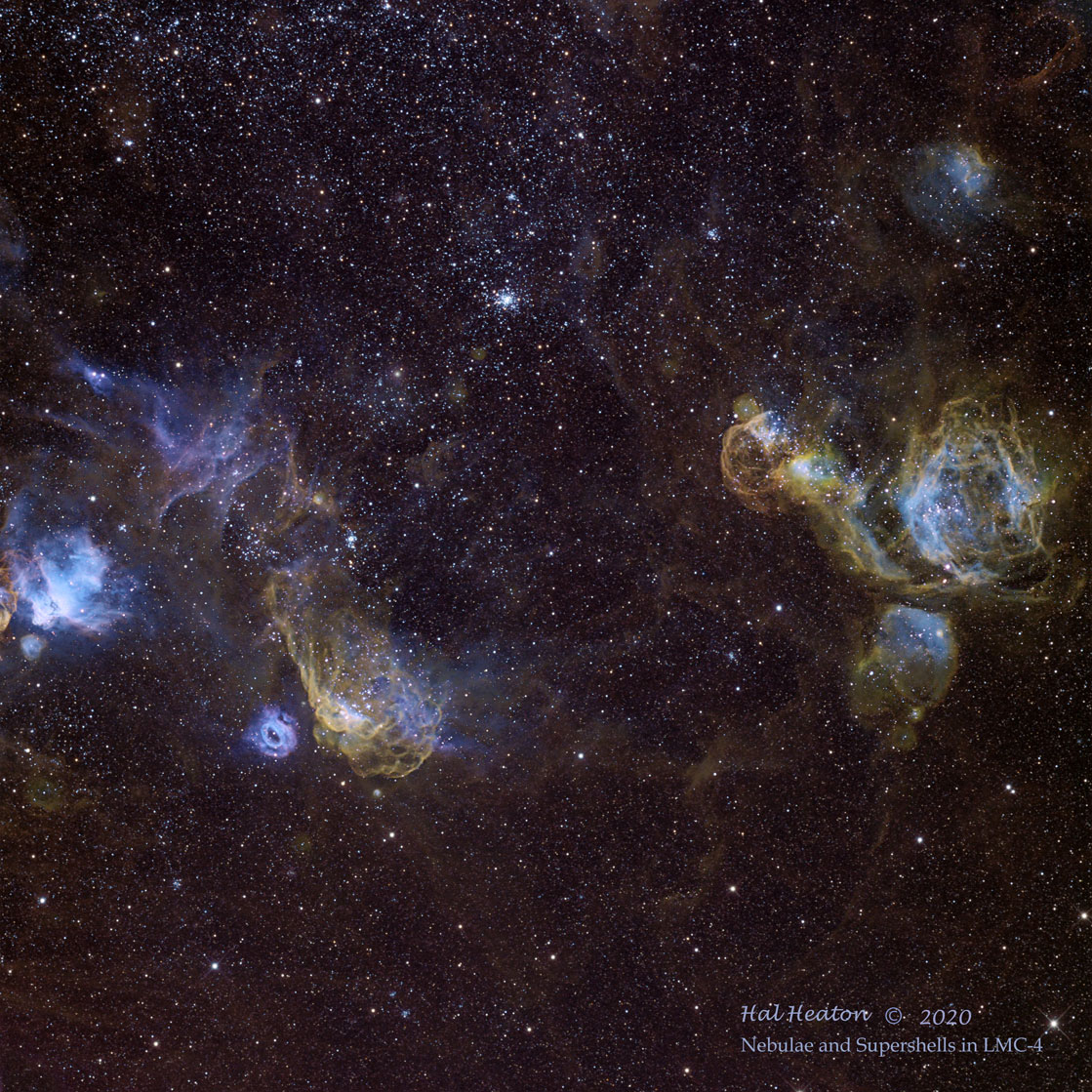 Several striking nebulae mark the southern rim of the Large Magellanic Cloud’s supergiant shell LMC-4, shown here processed in the Hubble Color Palette using CCDStack2 and Photoshop CC 2019. Spanning nearly 2900 lys on a side, the 60.4-arcmin square field features the frothy brownish (Ha, SII) superbubble NGC 2014 blown by massive stars at the lower left, which gives way to colorful wisps of blue nebulosity (OIII) and distinct shock fronts diagonally above. To the immediate left of the bottom of NGC 2014 lies the blue Wolf-Rayet stellar bubble, NGC 2020, and the bluish-white star-forming complex comprising NGC 2032, 2035 and 2040 appears along the left edge of the frame. The right side of the image comprises the “sextant,” dominated by the large circular-shaped nebula NGC 1955 on the far right. Its brown rim and turbulent blue interior set it apart from NGC 1968 and 1974 to the left of the prominent dark divide. The compact open cluster NGC 2004 appears at the top right of the frame. The stellar background produced from a short exposure RGB image of the scene was blended into the image to produce naturally-colored stars. North is up, and East is to the left.

Note that the compact open cluster NGC 2004 appears at the top center of the frame, rather than at the top right.