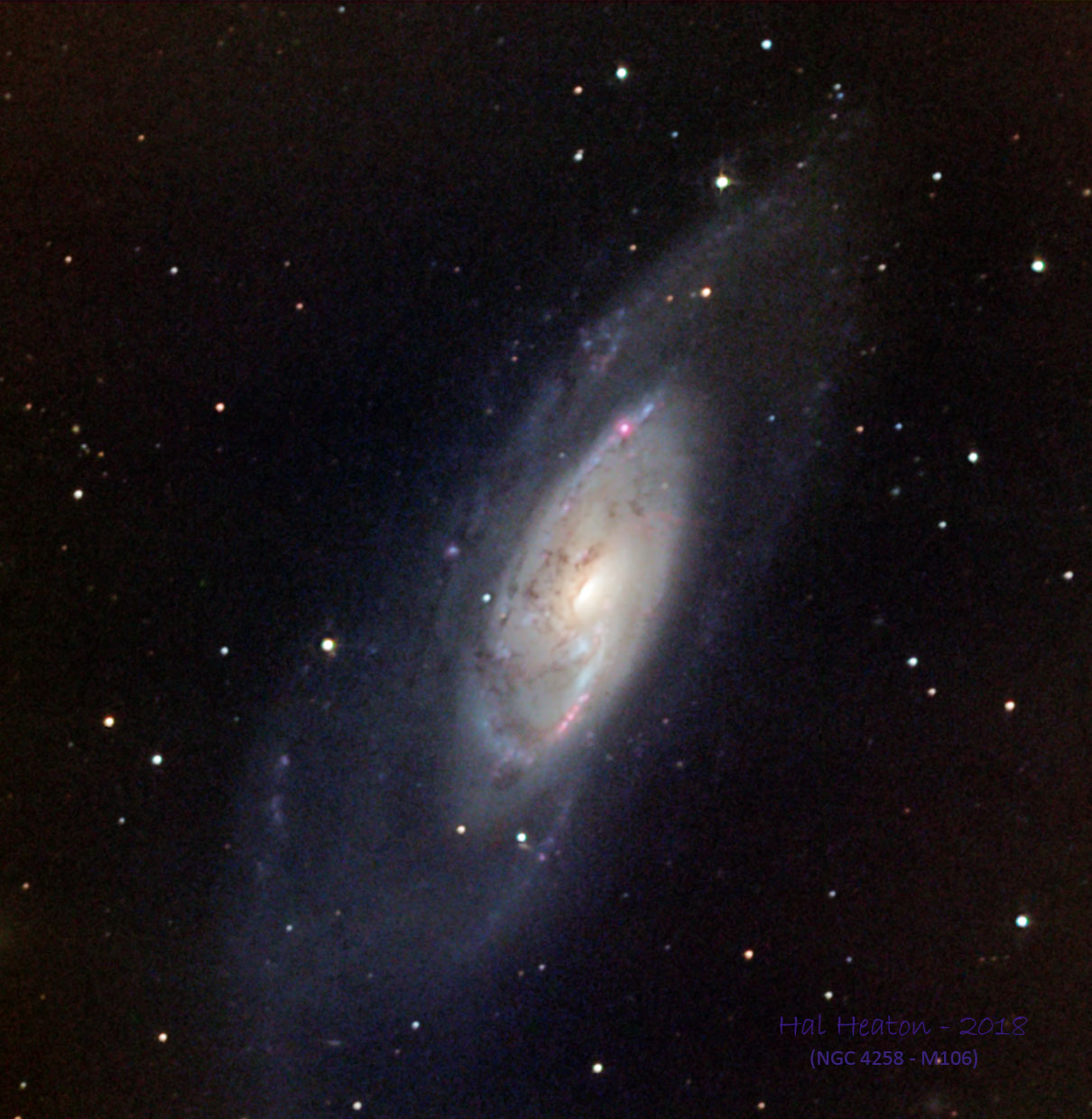 A robotic 0.61-m Planewave CDK24 reflector operating at f/6.5. The telescope was equipped with an Apogee CG-16M CCD camera and Astrodon Gen II (E-series) broadband (LRGB) and narrowband H-alpha filters. Its output was binned 2x2 to provide a resolution of 0.94-arcsecs/binned pixel.

Canes Venatici, just below the handle of the Big Dipper. Shining at a visual magnitude of 8.4, it shows a complex structure in its nucleus with numerous dust clouds and an “extra” pair of arms. A super-massive black hole comprising 39 million solar masses resides at its center. At the adopted mean distance of 23.7 Mlys, the 18.9 arcmin (W) x 19.3 arcmin (H) image spans approximately 130 x 133 Klys. Estimates of the actual deprojected size of the galaxy vary in the literature, but are as large as 152,000 lys (major axis) x 62,300 lys (minor axis) at the cited distance. The data used to prepare this image were collected as unguided 1-min sub-exposures, which were integrated using CCDStack to produce mean background-flattened images of 1.45, 0.95, 1.08, 1.30 and 1.27-hrs duration in the L, R, G, B and H-alpha bands, respectively. A preliminary color image was prepared from the mean broadband results and used to produce color-balanced channel images for subsequent use. Subsequently, Photoshop was employed to blend the mean H-alpha image with the high-pass filtered Luminance and color-balanced Red images. A new color image made from the blended R and unblended G and B frames was used to color the blended Luminance. The color balance was adjusted slightly to account for the enhanced reddening introduced by H-alpha blending, and the shape of the stellar profiles was corrected to reduce distortions introduced by the lack of guiding. The corrected L(Ha)R(Ha)GB image was noise filtered, and the image contrast was enhanced by using Soft Light to blend a copy of the image with itself.