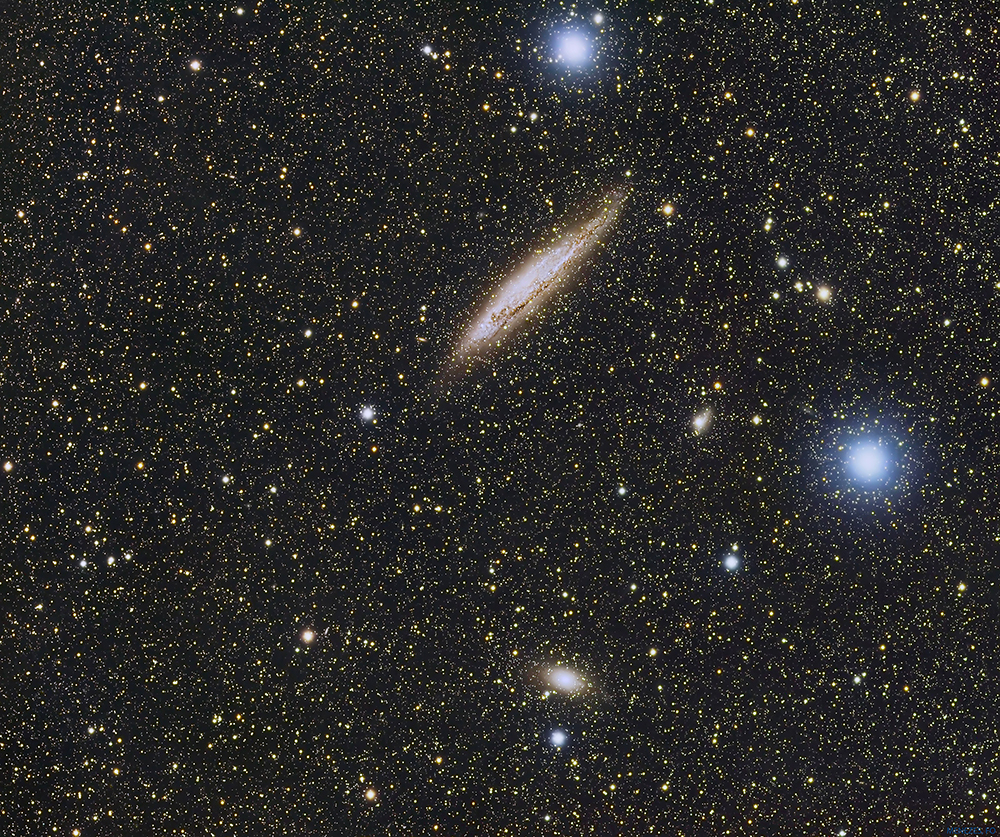 The large spiral galaxy NGC 4945 is border view close to the center of this picture of the cosmic galaxy. In fact, the NGC 4945 is almost the size of our Milky Way galaxy. At about 13 million light-years away from the extensive southern constellation of Centaurus, NGC 4945 is only six times as far away as Andromeda, the great spiral galaxy closest to the Milky Way (not taking into account Magellan's clouds, which to me are just satellite galaxies of ours). Subsequent observations revealed that NGC 4945 has an active nucleus, which means that its central bulge emits much more energy than calmer galaxies, such as the Milky Way. Scientists classify NGC 4945 as a Seyfert galaxy, since then, astronomers have suspected that a supermassive black hole causes intense agitation in the center.