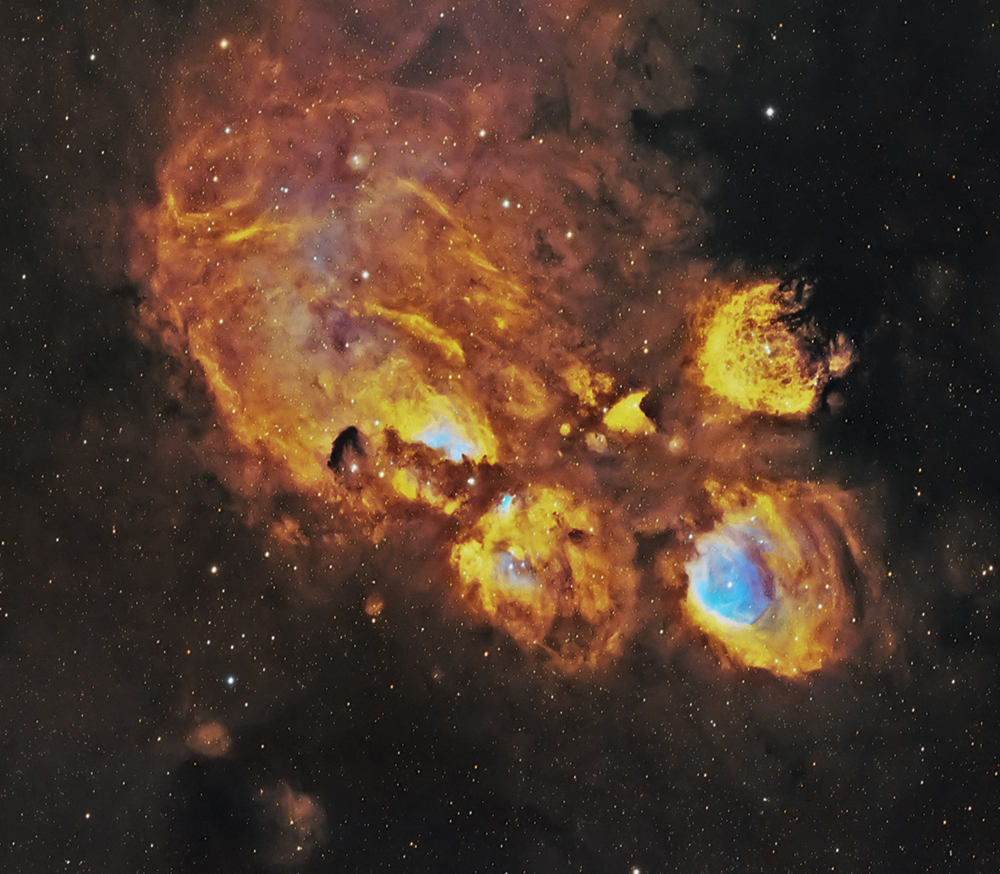 NGC 6334 is a large region of star formation, covering an area in the night sky slightly larger than the full moon. It is one of the most active stellar nurseries that produce massive stars in the Milky Way. The big bright cloud earned the nickname cat paw because it looks like a giant cat footprint, due to the three bubbles in the image that resemble the pads of its paws. On the central cushion, a blue bubble resulting from the strong OIII emissions, which is thought to be caused by a Wolf-Rayet type star, is in the final stage of evolution and will be losing mass due to the action of its wind. ; another explanation relates to the fact that it may be a remnant of a recent supernova.