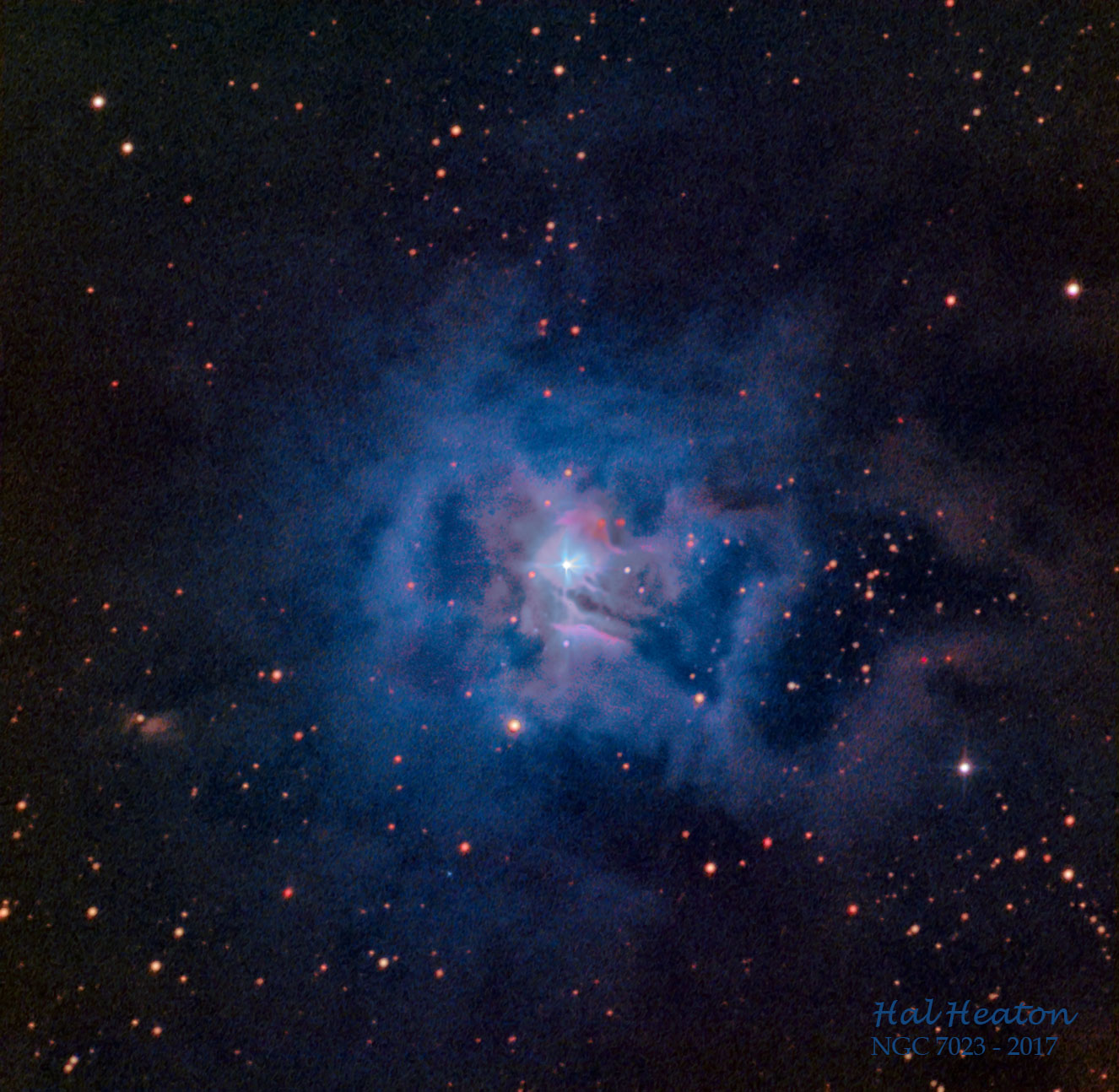 A robotic 0.61-m Planewave CDK24 reflector operating at f/6.5. The telescope was equipped with an Apogee CG-16M CCD camera and Astrodon Gen II (E-series) LRGB filters. The camera’s pixels were binned 2x2 to provide a spatial resolution of 0.94-arcsecs/binned pixel.

The intricate shapes in this image of the reflection nebula NGC 7023 in Cepheus are revealed primarily as light from the very young blue-dwarf star HD 200775 scatters off dust in the enshrouding interstellar cloud that marks its birthplace. With an age of less than 10,000 years and a mass of at least 6 times that of the sun, this star lies 529.1 pc from Earth. Alternatively designated as HIP 103763, SAO 19158 and V380 Cephei, it’s light is weakly variable. In V-band, AAVSO’s finder chart indicates magnitude fluctuations between 7.24 and 7.42. Also known as the Iris Nebula, this image was prepared from 1-min unguided subexposures. Grayscale images were integrated in CCDStack (CCDWare) to form mean frames in each band with cumulative exposures of 61, 88, 62, and 66-mins, respectively. After coloring the mean Luminance image in Photoshop (Adobe) with the initial RGB image formed in CCDStack, contrast enhancement, high-pass filtering, color adjustment, noise reduction, and star-shaping were applied.