NGC 7129: A Reflection Nebula in Cepheus 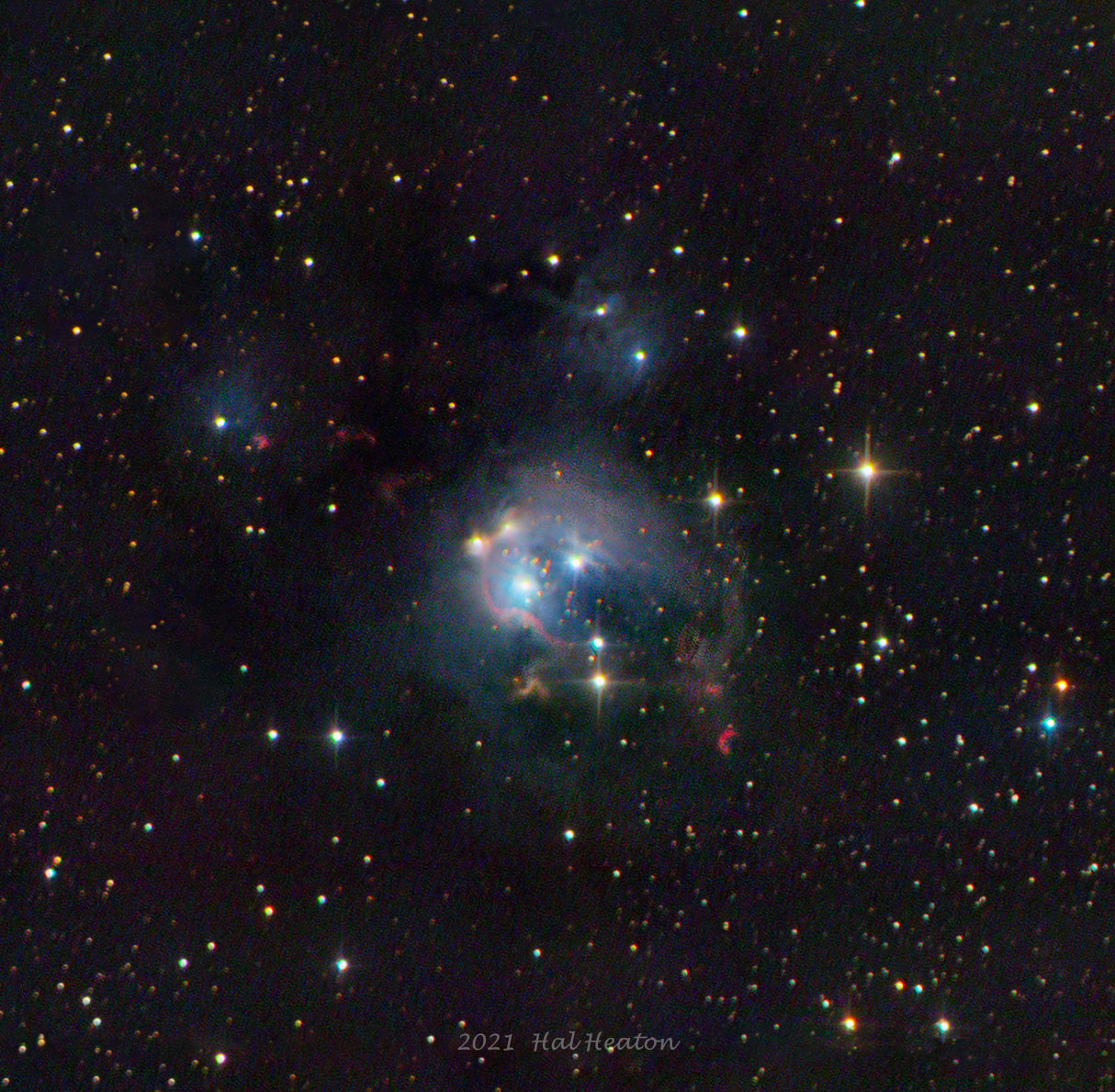 NGC 7129 is a striking reflection nebula in Cepheus that is situated 9.9 deg above the Galactic plane at a distance of about 3300 lys, Its color derives from scattering by gas and dust of the prodigious starlight produced in its central regions by a young cluster of at least 130 stars with ages less than 2 million years. The telltale reddish crescents embedded in the scene are associated with energetic jets streaming away from those newly-born stars. This image was made by coloring a mean luminance frame formed after integrating 60-s exposures for 3.7-hrs with an RGB master comprising 2-hr long stacks of similarly-exposed images taken through red, green, and blue filters. Prior to performing that colorization, a 2.2-hr integration of 60-sec long H-alpha frames was blended into both the luminance and red means to enhance detail. Subsequently, distortions were corrected in the shapes of the stars that arose because of the lack of guiding, a two-scale highpass filter was applied to the main nebula to sharpen further its detail, and noise reduction was applied. The image is oriented with north up and east to the left.