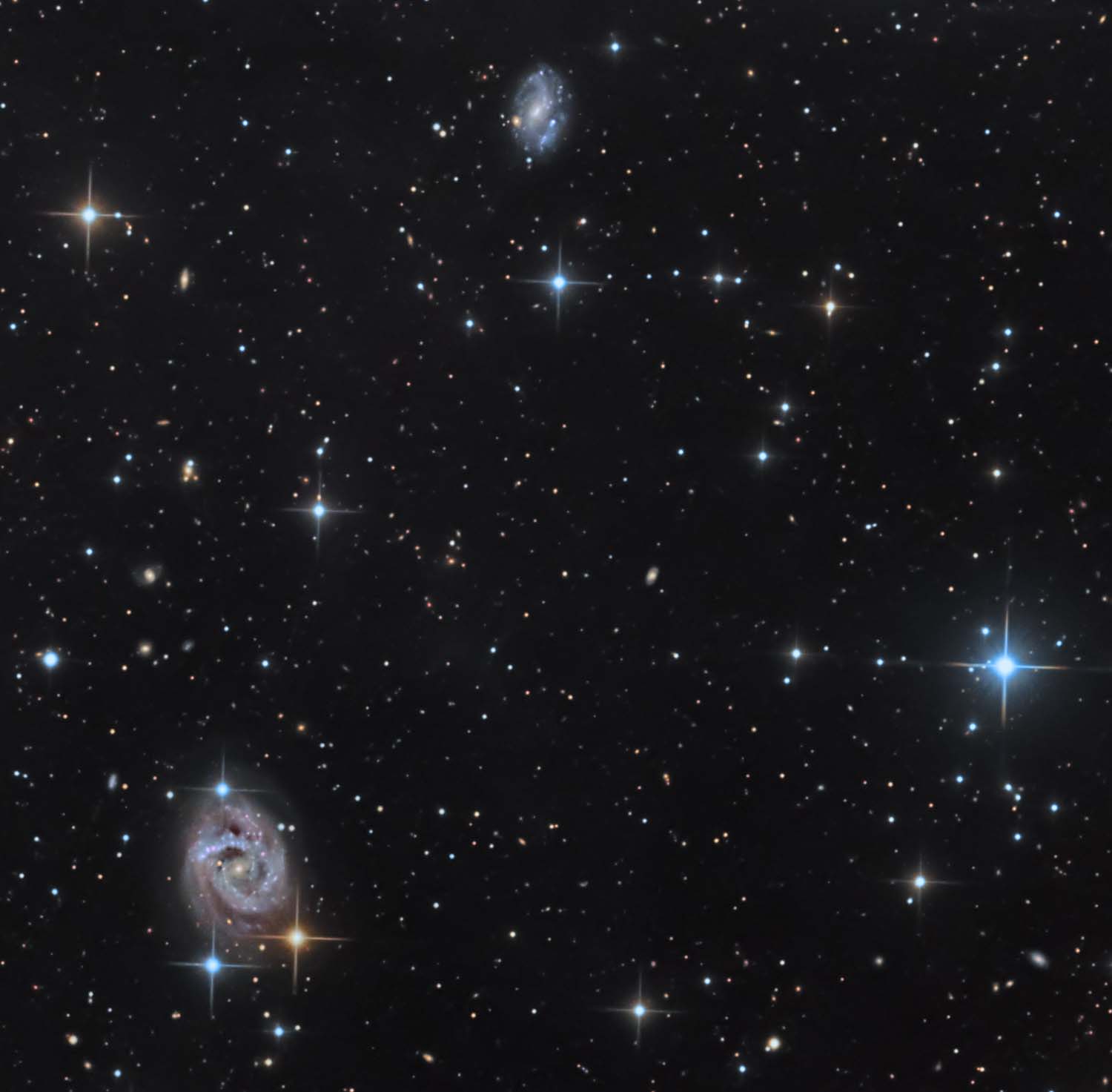 NGC 7678, with one particularly prominent arm, is located approximately 164 million light-years away in the constellation of Pegasus (the Winged Horse). With a diameter of around 115,000 light-years, this bright spiral galaxy is a similar size to our own galaxy. It was discovered in 1784 by William Herschel. The galaxy's heavy arm stems from an increased density of stars' gas in the area. Formations of spiral galaxies may be influenced by magnetic fields, and variations in the intensity and flow of those fields could alter the distribution of star-forming gases. The heavier arm was likely a recipient of more gas earlier in the lifespan of the galaxy, allowing more stars to form. NGC 7678 is among the 338 galaxies presented in the Atlas of Peculiar Galaxies, which organizes peculiar galaxies according to their unusual features. Cataloged there as Arp 28, this galaxy is listed together with six others in the group “spiral galaxies with one heavy arm.”