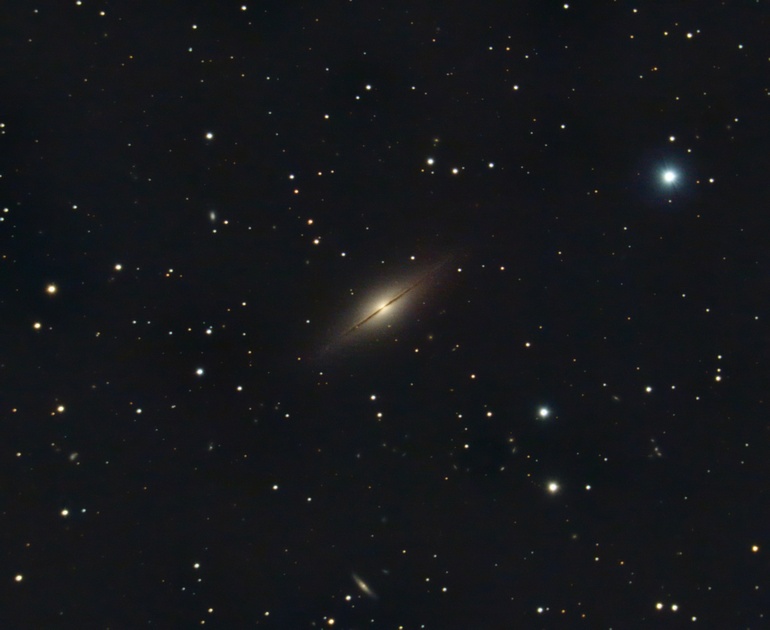 NGC 7814 in Pegasus 35x180sec at iso 1600 30 Darks/Flats/Bias NGC 7814 (Caldwell 43) is a beautiful edge-on spiral located in the southeast corner of the great square of Pegasus. It looks somewhat like a miniature version of M104 - the Sombrero Galaxy and the plane of the galaxy can be seen to be slightly warped, which is not usually seen at optical wavelengths. If one examines the background field, it is evident that the area around NGC 7814 is swarming with distant galaxies. Like the Hubble deepfield, this type of image puts our tiny earth in perspective and is truly humbling. The galaxy is between 40 and 55 million light years distant and glows at magnitude 10.6