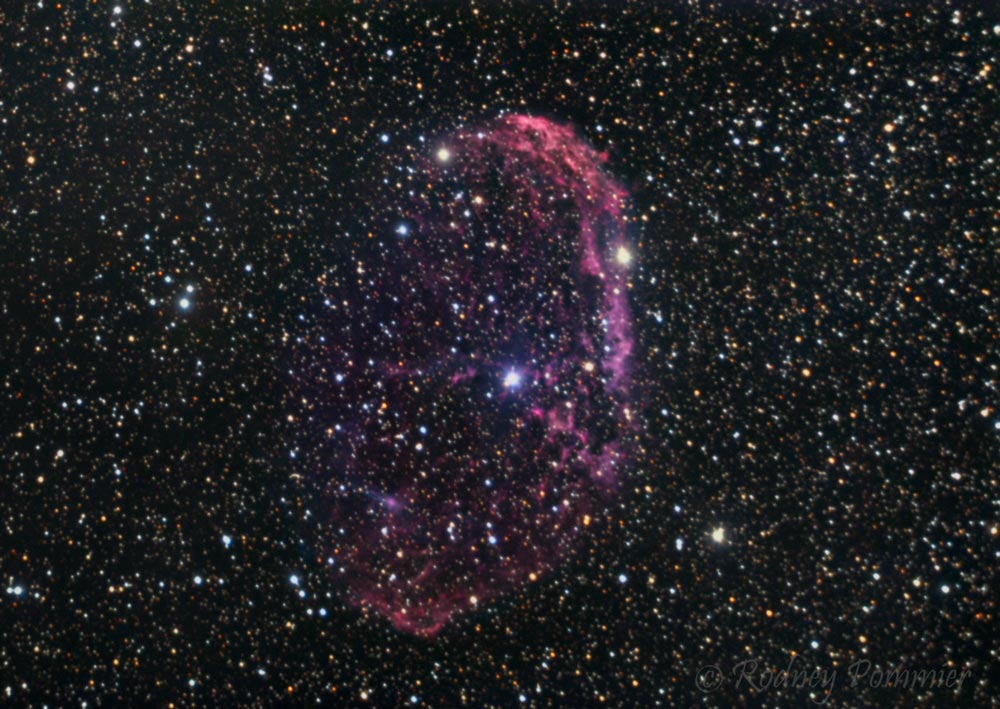 The Crescent Nebula (NGC 6888, Caldwell 27, Sharpless 105) is an emission nebula that lies 5000 light-years from Earth in a crowded region of the Cygnus Milky Way. The nebula arises from the bright star near the center of the image, which is the Wolf-Rayet star WR 136 (HD192163). Wolf-Rayet stars are massive, extremely hot stars which throw off tremendous amounts of mass in the form of stellar winds at high velocities near the end of their lives. The nebula forms because this material is colliding with slower moving stellar winds ejected 400,000 years earlier during the stars red giant phase, creating a shock wave, high temperatures, and spectral emission lines.