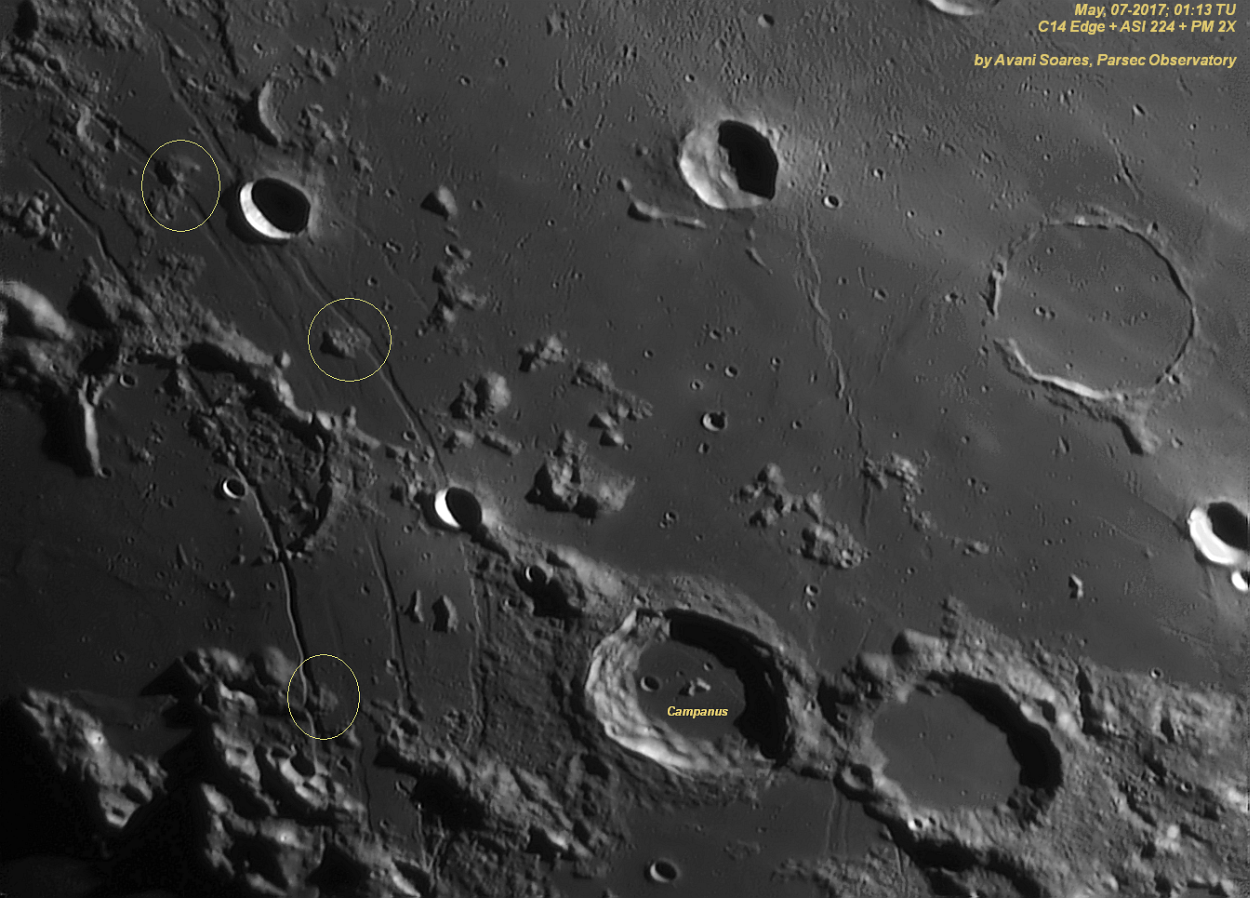 Each photo is a work of art, and every photographer develops a line of work that makes it unique. Whether they are pictures of DSOs, planets or even the Moon, we will never see two exactly alike photos even if the location is exactly the same. Some photographers have such a peculiar way of operating and processing that other photographers can recognize their work even without the proper credits. The obvious, another question arises; The one who sees the photograph. In this case we can say that there are two very different views of the same photo: - The one who sees the photo because of its artistic beauty. - The one who sees the photo more deeply, by the characteristics that it exposes or even analyzing details that can show something new or different. The attached photo can serve as a striking example, it is a beautiful photo of a beautiful place on the Moon, it has some beautiful craters and one of the most beautiful set of Rilles arched from the lunar surface, this well demonstrates the first sight quoted. But one who looks deeply can not fail to note that these Rilles must have originated from intense volcanic activities in the early days of the lunar history. Those who look more closely will realize that some mountains appear to have been placed on the Rilles (yellow circles). Of course this is a naive way of speaking, there may be several different explanations for the fact, I will quote only one and leave the others to the reader's imagination. "The site photographed probably had a rather rugged surface, not flat as now, which suggests that a large lava flow smoothed the site leaving only the highest mountain tops that can be seen today. The rilles are not of volcanic origin, they are concentric faults (grabens) at the rim of mare Humorum. seen at left , and they originate due to the weight of the mare lava infill which sags the center and breaks the periphery. The mountains inside the rilles are landslides related to impacts after the faults were formed ( some 3.000 million years ago) such as the the two craters that obliterated the outer graben " So we can see how a simple photograph can show different visions for different observers, so just be a bit more curious! Text: Avani Soares