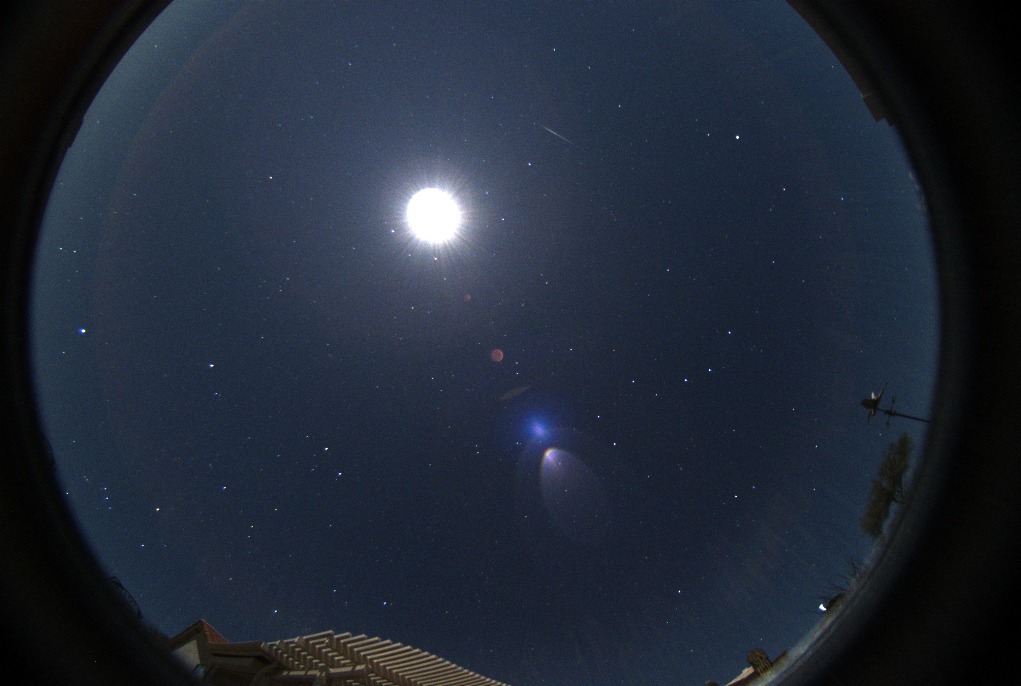 On Sunday morning the Quadrantid Meteor Shower peaked according to the experts. The shower has a narrow peak which happen at about 7:30 AM in Tucson. I collected about 2000 images each 10 seconds long from 1AM to 6:30AM when twilight saturated the camera sensor. In those 40 gigabytes of data I only found 8 meteors! Now to be fair the bright Moon washed away all the faint meteors in the images, but I have always watched this shower for it's bright green meteors. This year was a bust, I went outside several times in the morning and did not see a single meteor, so the camera wasn't missing anything. The parent of this meteor shower is Asteroid 2003 EH1, I suspect the peak probably happen a little later than predicted to be seen in Tucson or Earth passed through a very thin sparse trail of debris from this asteroid this time. The camera that I used for these images was a ZWO ASI-178MC with a 2.5mm All Sky lens that had a field of view of 170 degrees. I simply set the camera on a bench in my backyard and used a simple program that came with the camera to take 10 second images and download them. As you can see from the images the camera and lens covered most of the sky and unfortunately the Moon insisted on being in all the images. The bright Moon managed to induce quite a few reflections in the lens and camera that show up nicely in all the images.