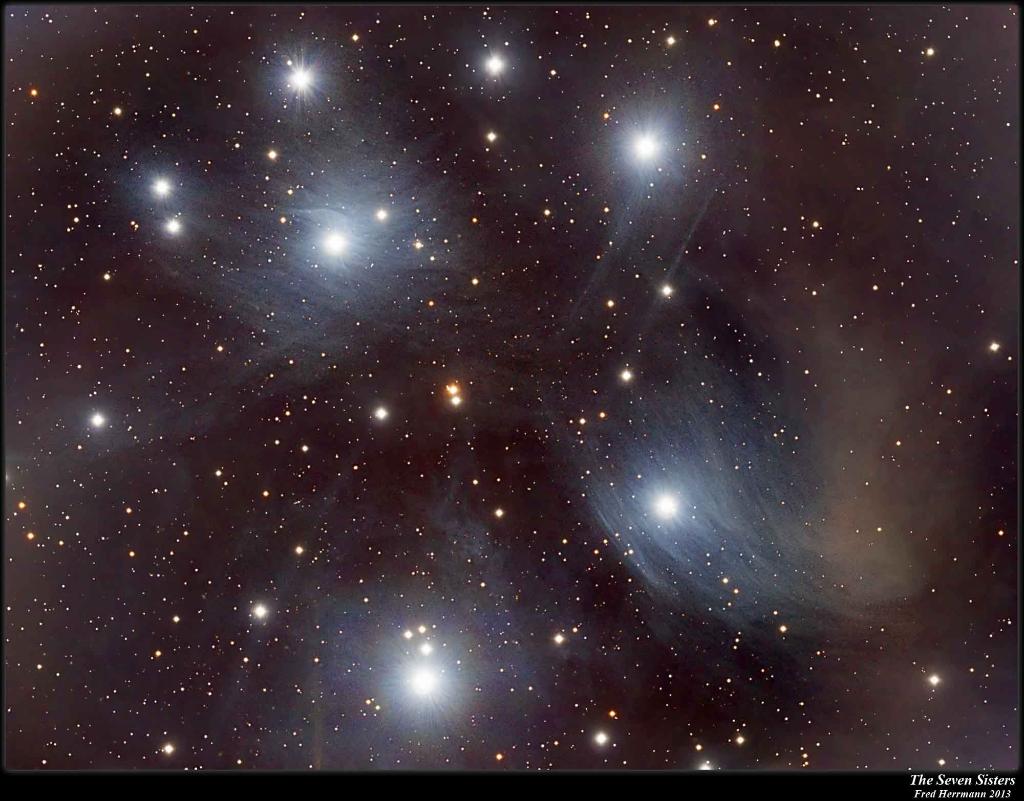 This is my 2013 version of the Seven Sisters in the constellation Taurus (The Bull). The Seven Sisters actually consists of nineteen dominant young (100 million years young) hot blue stars at a distance of ~400 light-years. The open cluster is also passing through an interstellar dust cloud which shows up well in this rendition. The Seven Sisters have been known by many names that were given it by the ancient aboriginal Australians, Persians, Chinese, Japanese, Maya, Aztec, Sioux and Cherokee tribes. Some of the names given this star cluster include Subaru, Pleiades and more recently was given the name M45 by Charles Messier in the mid 1700’s. The Babylonians called the cluster MUL meaning “star of stars”. They are also mentioned in the Bible (Job 9:9, 38.31 and Amos 5:8). RGB 5x700s RG 9x800s B