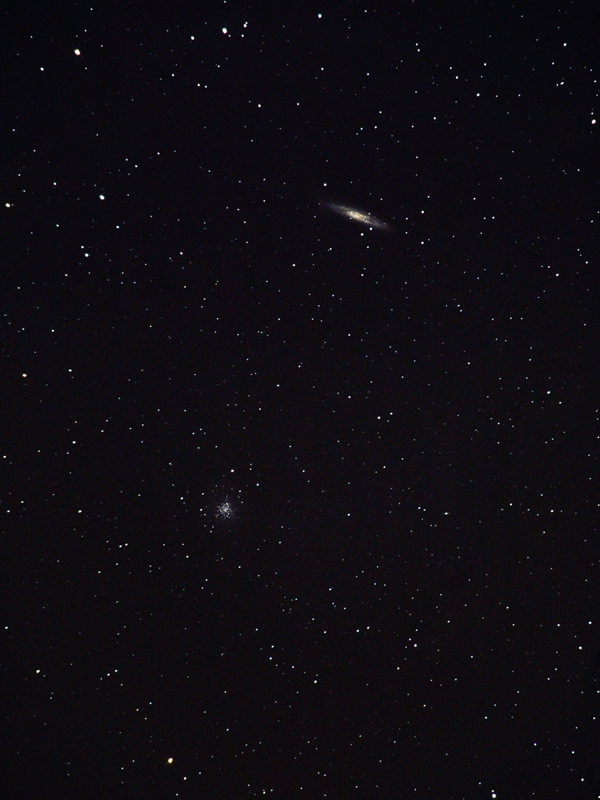 NGC253 is a bright, large spiral galaxy lying about in the faint constellation Sculptor. It is the brightest galaxy in the Sculptor with the magnitude of 7.1; with the distance of 10 million light years. NGC288, on the other hand, lies only 27000 light years away, in the halo of Milky Way. It is a magnitude fainter than NGC253: 8.1. The pair is separated 1 3/4 degrees of sky. They are visible in the same binocular field (about as wide as this picture) but most telescopes are not able to fit them in the same field. South Galactic Pole (SGP) lies less than a degree soutwest of NGC288, close to the lower right corner of this picture.