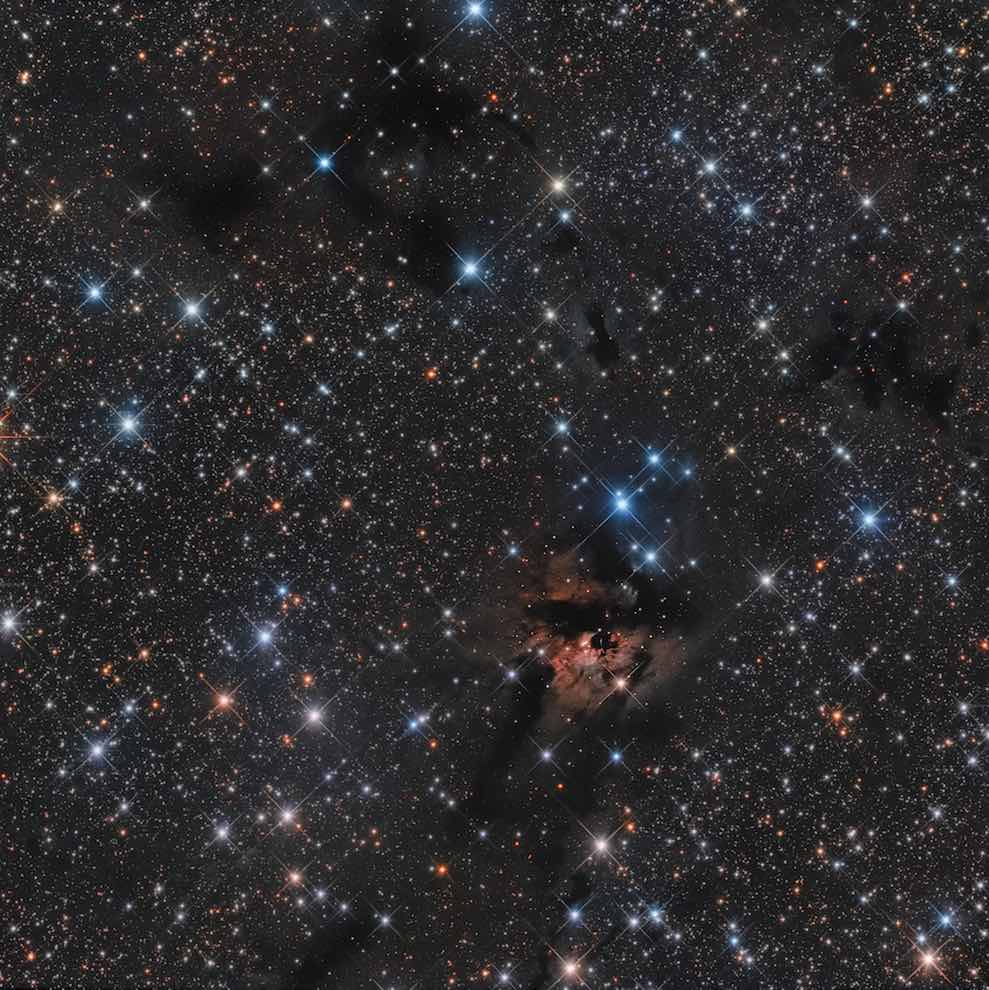 The cloud is part of a large molecular complex at the center of which is a high-speed molecular beam from a source of infrared radiation labeled S 187 IRS, located very close to another powerful source, IRAS 01202 + 6133. The visible part of the cloud is surrounded by a neutral hydrogen envelope, detectable at wavelengths other than visible, whose total mass can be estimated at about 7,600 solar masses. His age can be estimated at around 100-200 000 years old. The distance was estimated by spectrophotometry around 1440 parsecs (about 4700 light-years). Evidence of the presence of star formation phenomena can be identified in the numerous infrared sources discovered in the nebula, such as those just mentioned, in particular the molecular beam; in particular, one of the most powerful sources is IRAS 01202 + 6133.