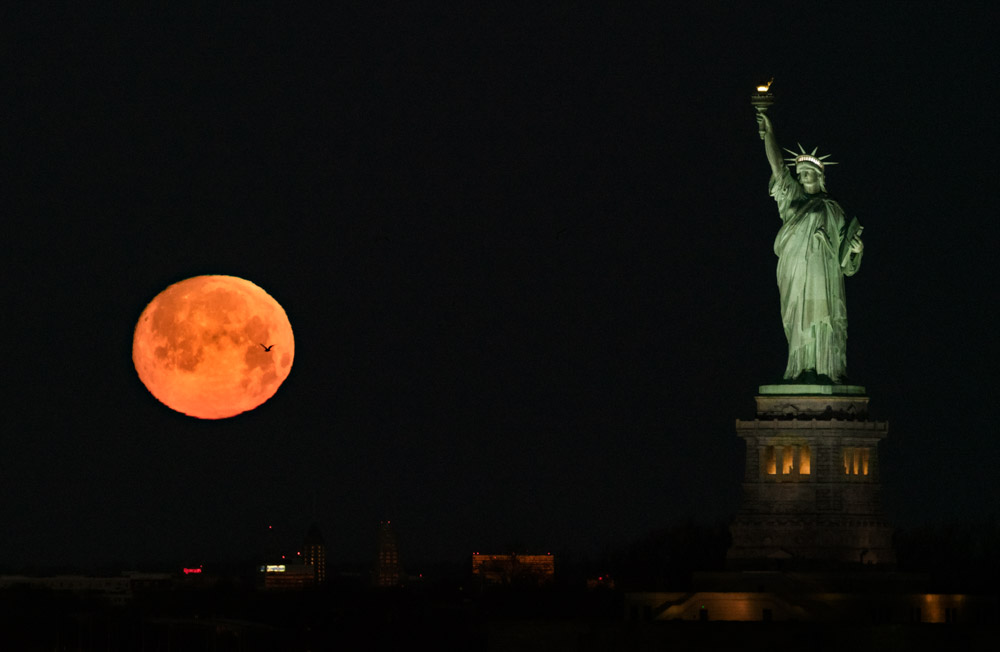 Being the only clear day this week over NYC skies, I planned the shot using The Photographer's Ephemeris (TPE), which placed me in a tight strip that would be accessible early morning since most of the area is under construction or fenced out for freight services. Although the temperature was about -2deg the hard wind gusts in the Upper Bay region made shooting this challenging. I held my shutter speed to a minimum of 1/200sec and took a bunch of shots. As twilight began, some birds began to fly out, few of which crossed the lunar disc as the moon got distorted in its edges being low on the horizon. The orange-red glow of the moon was a nice contrast to the Statue of Liberty before it dipped below the horizon.