Stellar Streams and Shells in NGC 4651 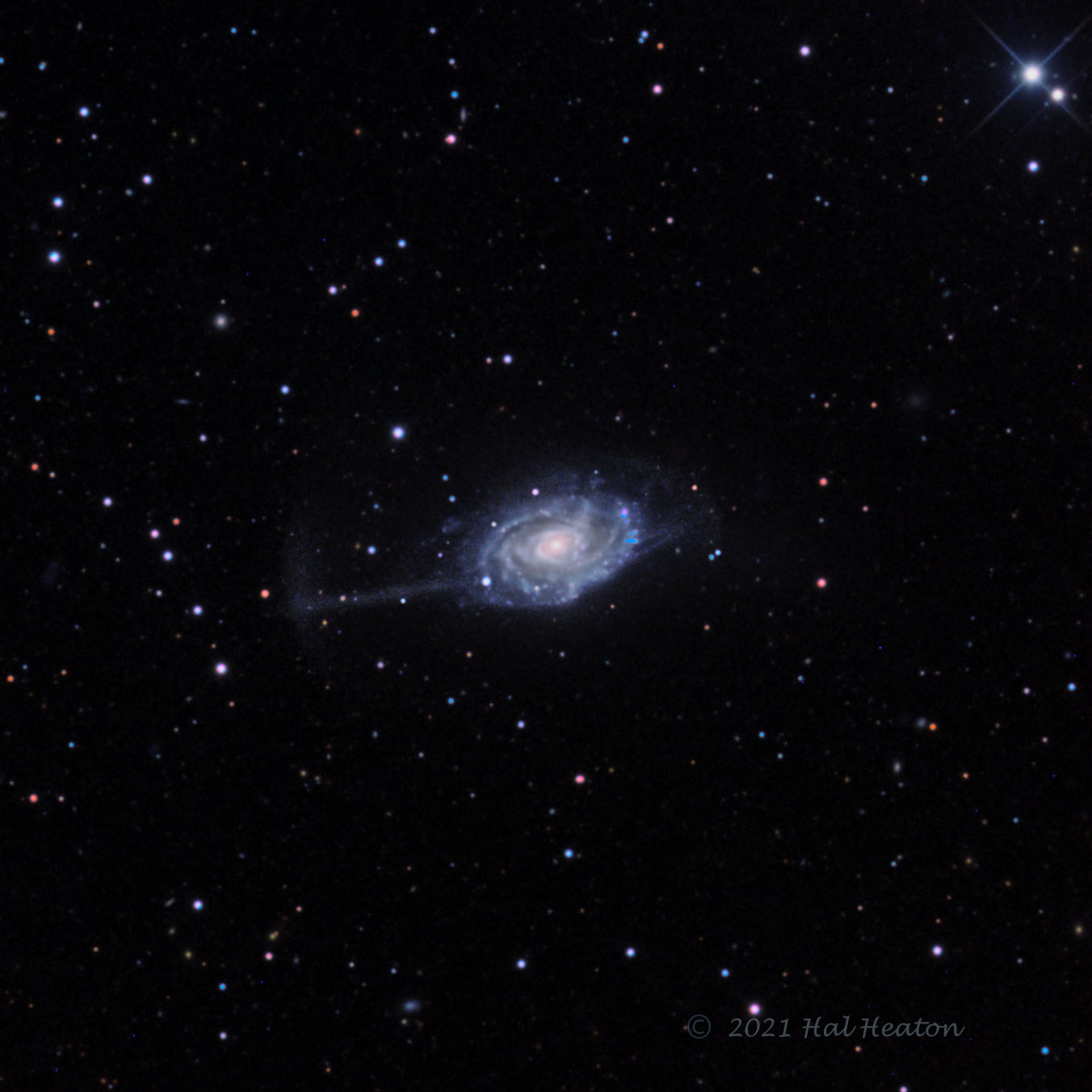 Large spiral galaxies slowly assemble over time by accreting stars, gas and dark matter from dwarf satellites that are captured into orbit and tidally disrupted. Faint stellar streams representing the remnants of several such encounters have been identified recently in the halo of our own Milky Way. The moderately-inclined Umbrella Galaxy (NGC 4651) shown here, located 62 million light years away in Coma Berenices, provides a striking panoramic view of this process. The crescent-shaped feature on the left (east) side of this image emanates laterally from an enormous stellar jet that extends nearly 100 thousand light-years from the galaxy’s bright disk. Resembling an open umbrella shielding its larger host, these structures and two shell-like plumes on the west side of the spiral are consistent with multiple wrappings of a single tidal stream that formed as a smaller galaxy slowly tore apart sweeping back and forth through the disk on very eccentric orbits. The dwarf’s remnant core can still be seen as a small “dot” located about one-third of the way down the jet from the crescent. This 20.3-arcmin square image is oriented with north down and east to the left. Individual channel images were stacked for 2.3-hr (red), 1.7-hr (green), and 1.9-hr (blue) in CCDStack v.2 and processed to color using Photoshop CC 2019.