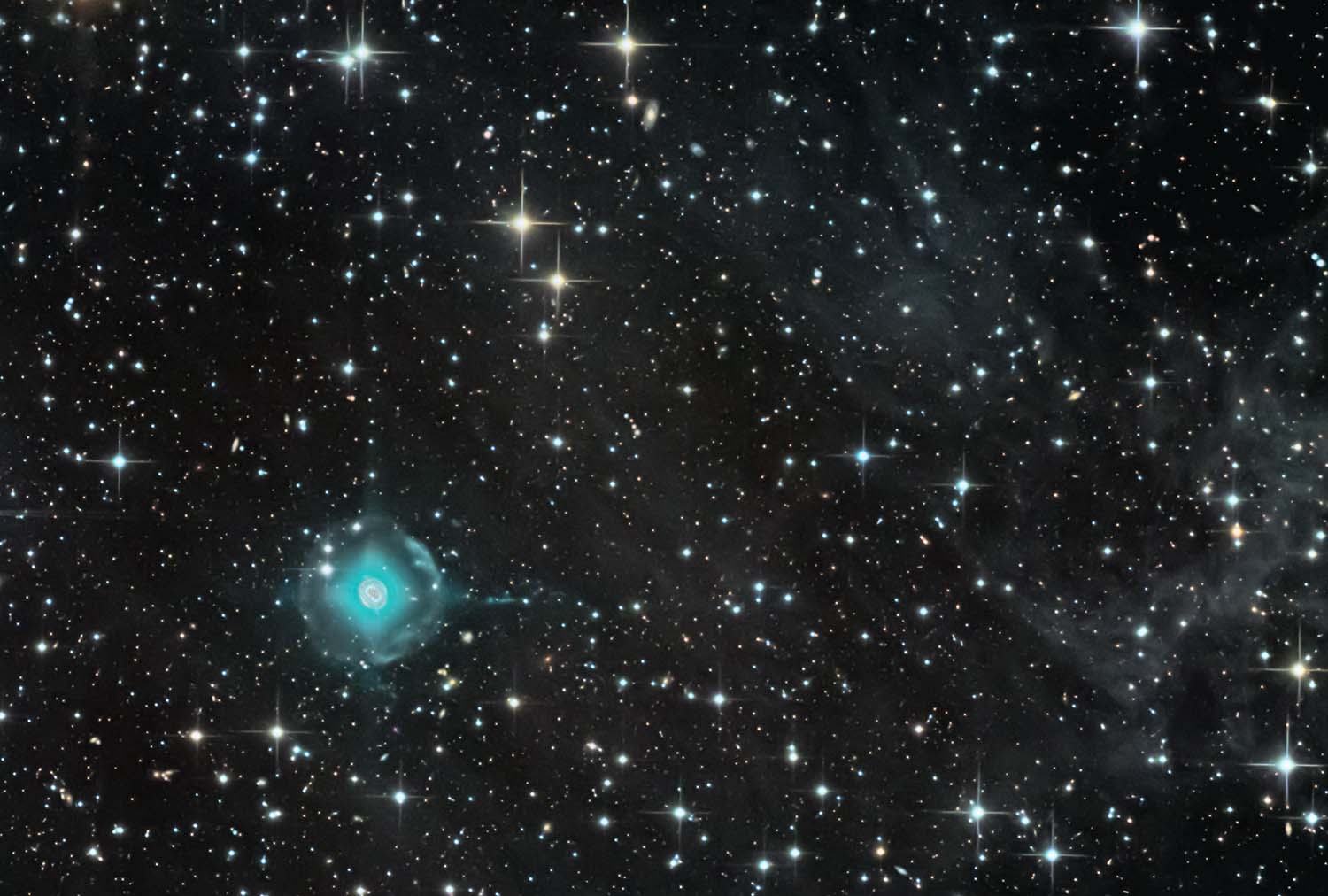 Capturing this object is a bit of a challenge since the core is very bright. Here I captured 449 60s L subs and used the very best 60 (1 hour) for the core (1.3" to 1.7" FWHM). This technique actually provided more core detail than 20ms lucky imaging. The surrounding IFN was then captured using 92 x 300s L subs between 1.6" and 2.6". RGG is 60s x 120 (2 hours) for each color channel. Ha and OIII was also captured, but there wasn't much that wasn't already in the RGB. The Ha and OIII data was not used here. "The Blue Snowball Nebula, is a planetary nebula located about 2,500 light-years from Earth. Nebulae like these represent a stage in evolution that stars like our Sun undergo when they run out of fuel. Stars are nuclear furnaces that spend most of their lives fusing hydrogen into helium. Massive stars have fiery fates, exploding as supernovae, but medium-mass stars like the Sun swell to become red giants as they exhaust their fuel. The process begins when, after billions of years of nuclear fusion, the star starts to shut down. Gravity (no longer balanced by the outward pressure created by nuclear fusion) compresses the stellar core. The star’s outer layers of gas puff away into space, creating a planetary nebula (so named because these objects often resemble planetary orbs when viewed through a small telescope). At the center lie the remains of the original star’s compressed core, a small white dwarf. One day the Sun will meet a similar fate, but it has enough fuel to last another 6 billion years or so. NGC 7662 was discovered by astronomer William Herschel in 1784. It is located in the constellation Andromeda and has a magnitude of 8.3."