The Chamaeleon I Cloud | Marco Lorenzi 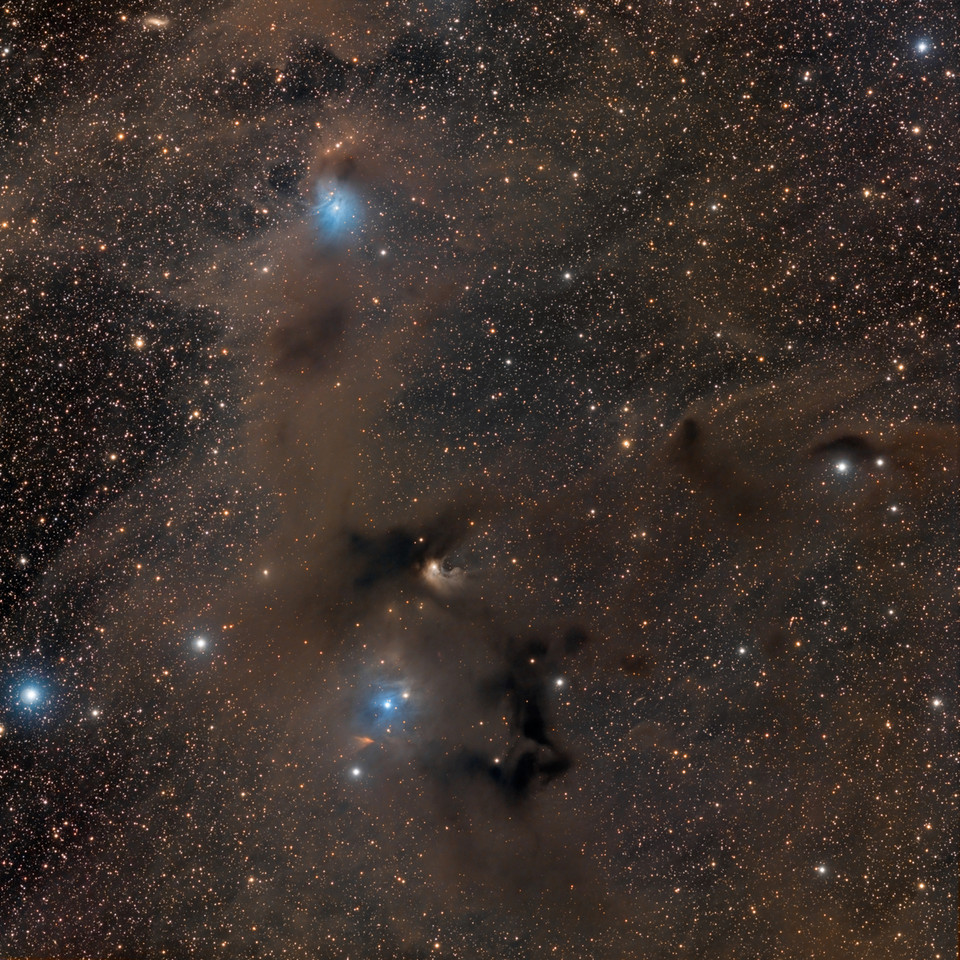 Home to some of the nearest molecular clouds, the constellation of Chamaeleon is filled with many dark nebula complexes. The Chamaeleon I complex is one of three large clouds found in this southern constellation and has an age of 2 million years. The distances of the three main clouds range from 520-580 light years and are also isolated from other major star forming complexes. The Chamaeleon I complex is a site of low mass star formation, which is characterised visually by various reflection nebulae including IC 2631 to the north and the blue nebula Ced 111 and the white reflection nebula Ced 110 to the south. The great obscuring mass of thick brown dust in the region absorbs the blue light of distant stars making them appear much redder than they actually are. This process of interstellar reddening also affects the light of distant galaxies in the line of sight, making them look less blue. Despite the copious amounts of dust, the Chamaeleon I complex is regarded by astronomers to impose only a moderate level of extinction on the background starfield in comparison with other dark nebulae. The Chamaeleon I complex is near the south celestial pole and is situated at the edge of the Scorpius-Centaurus OB association. The cloud is illuminated by massive stars that belong to a subgroup of this OB association