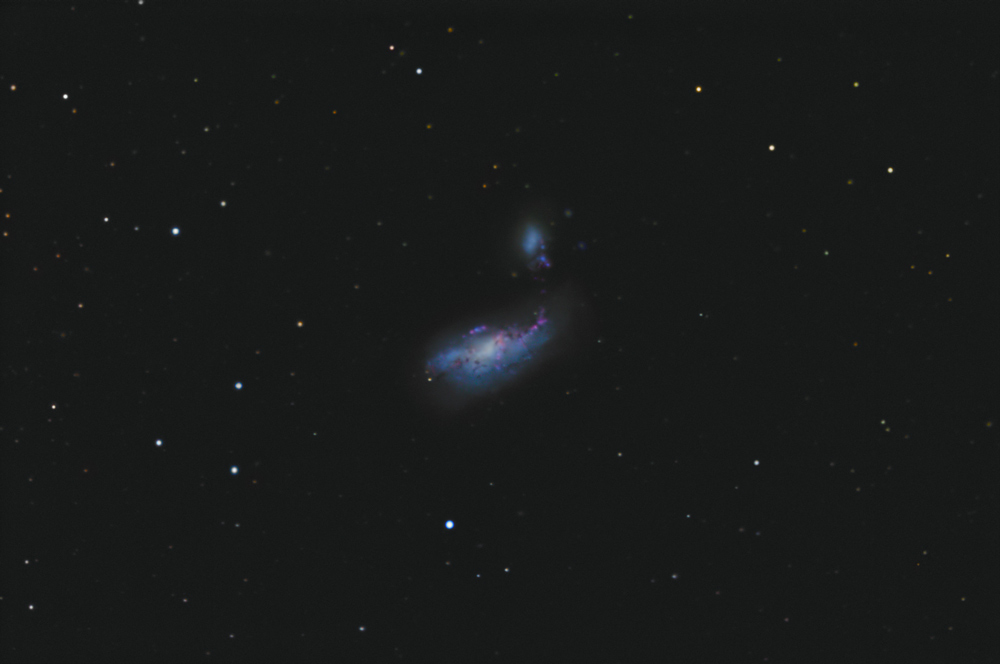 This image shows two interacting galaxies lying 40-50 million light-years away in Canes Ventatici. They have already had their closest approach and are speeding away from each other, separated by 24,000 light-years. Both galaxies are thought to have originally been spirals that have been heavily distorted by the tidal forces of the interaction. The larger galaxy, NGC 4490, also known as the Cocoon Galaxy, has virtually no remaining spiral structure discernible along our line of site, while the smaller galaxy, NGC 4485, still displays hints of its spiral structure. The interaction has triggered bursts of star formation in both galaxies, visible as numerous clusters of hot blue stars emitting UV light that cause numerous HII nebulae to glow. This is also evident along a chain of star formation that connects the two galaxies. These hot blue stars have short lives that end in supernovae and the group has exhibited several supernovae in the past 4 decades.