The Eyes of Virgo 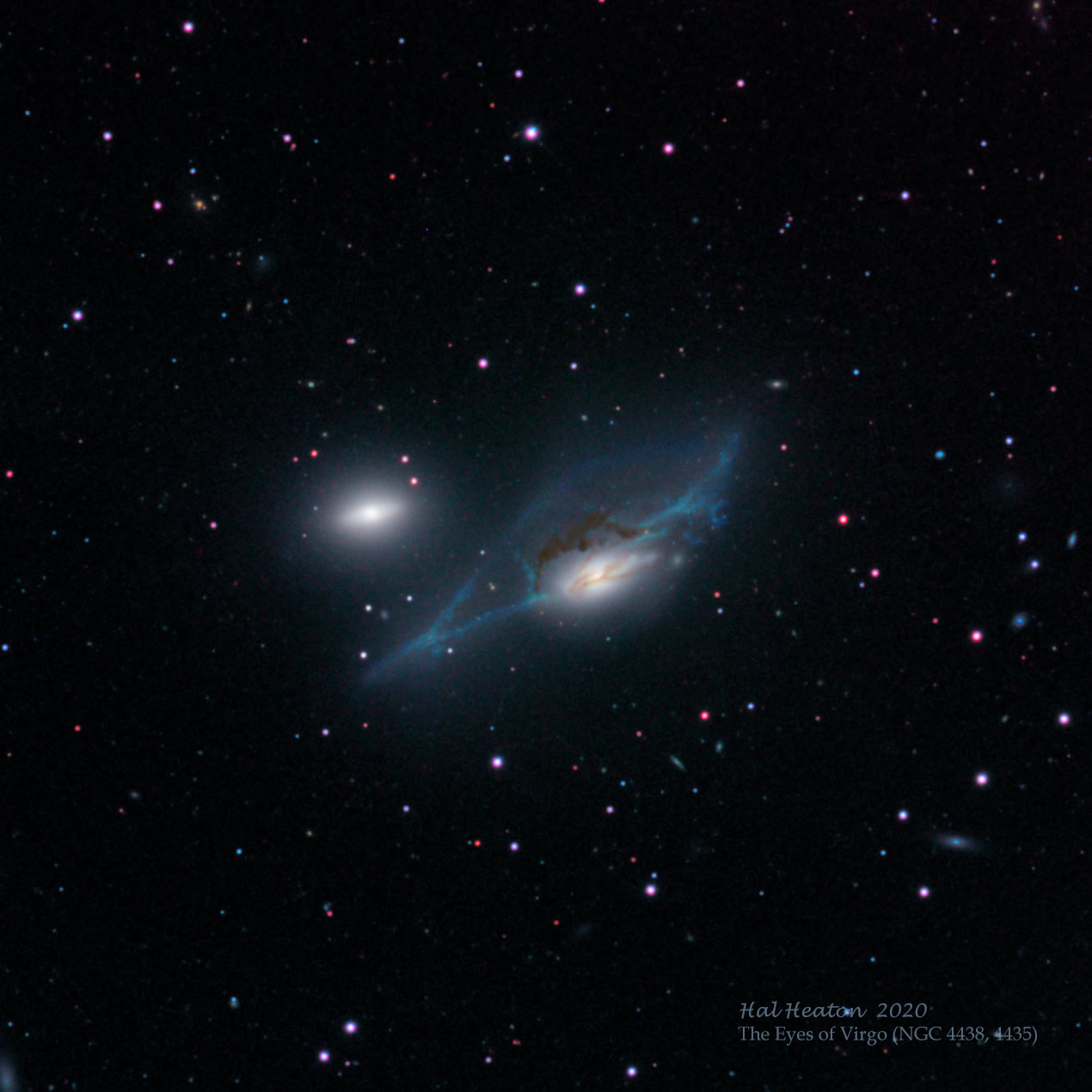 Remotely operated guided FLI ProLine 16803 camera equipped with red, green and blue filters at the Newtonian focus of Chilescope’s 0.5-m (f/3.8) Telescope 2 (unbinned). The data were integrated for 15, 35 and 40-min, respectively. (The red acquisition was terminated prematurely by the telescope’s control system.)

Jointly known as Arp 120, the Eyes galaxy pair in Markarian’s Chain is dominated by NGC 4438, which is the most heavily disturbed large spiral in the Virgo Cluster. Although the proximity of NGC 4435, the second “eye,” suggests that interactions between the two were responsible for these disruptions, it shows no clear signs of such an encounter. With a radial velocity 700 km/s higher than that of NGC 4438, it is probably not the cause of these features. Rather, a set of H-alpha filaments were found more than a decade ago that connect NGC 4438 to the massive elliptical galaxy M86 that lies about 120 kpc away (beyond the upper right of the imaged field and not shown), providing evidence for a collision between those two galaxies that tore out and deposited large quantities of hydrogen into the wake of NGC 4438 about 100 Myrs ago.The Eyes of Virgo field was processed to a preliminary color image in CCDStack-v2 that was used to make a synthetic luminance frame. Subsequent color-adjustment and two-stage high-pass and noise filtering were accomplished in Photoshop CC 2019. At a distance of 50 Mlys, this 19.1 arcmin square image spans 11783.5 lys on a side. North is to the left, and East is down.