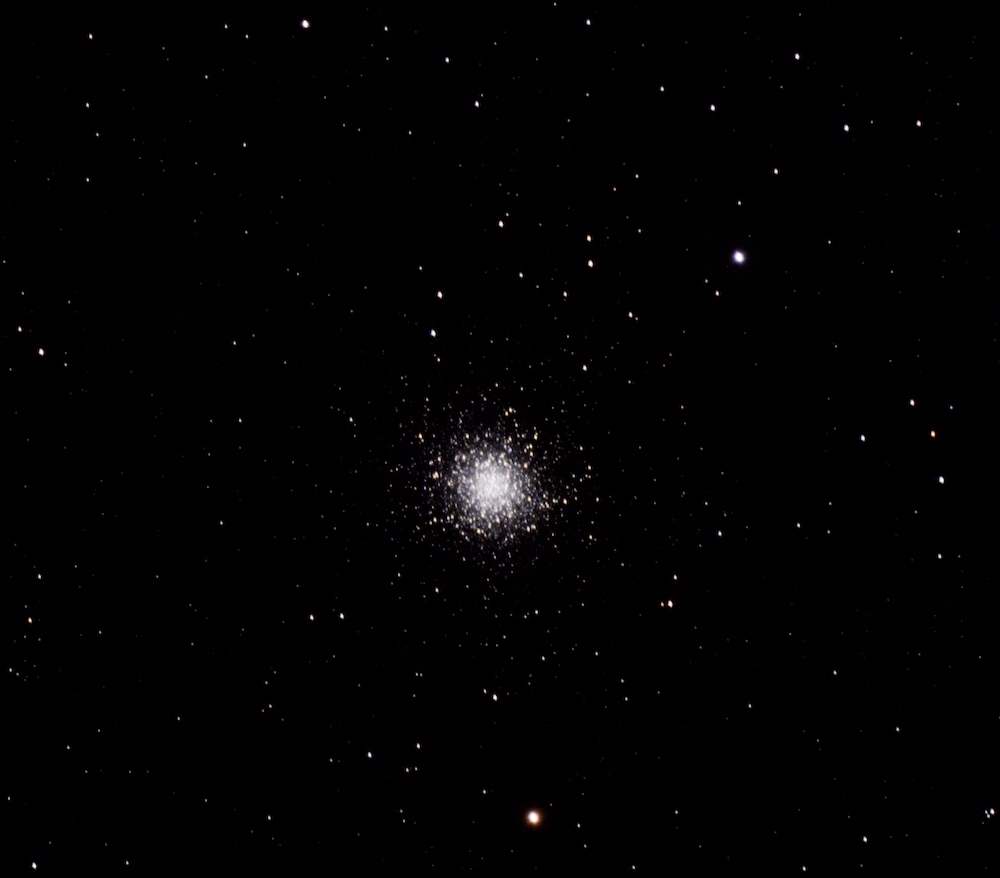 A couple of clear nights in a row allowed me to move the telescope out to the deck and image what is widely considered the Northern Hemisphere's most spectacular globular cluster of stars, M13, the Great Hercules Star Cluster. M13 can be found in the Keystone asterism (four stars that form an irregular parallelogram in the constellation Hercules), about 1/3 of the way from the bright stars Vega and Arcturus, almost directly overhead in the Northeastern sky at around midnight. M13 was discovered by Edmond Halley in 1714, and cataloged by Charles Messier on June 1, 1764, into his list of objects, Messier's Catalog. About 145 light-years in diameter, M13 is composed of several hundred thousand stars. M13 is 22,200–25,000 light-years from Earth. Compared to the stars in the neighborhood of the Sun, the stars of the M13 population are more than a hundred times denser. They are so densely packed together that they sometimes collide and produce new stars. The 1974 Arecibo message, which contained encoded information about the human race, DNA, atomic numbers, Earth's position and other information, was beamed from the Arecibo Observatory radio telescope in Puerto Rico towards M13 as an experiment in contacting potential extraterrestrial civilizations in the cluster. The cluster will move through space during the transit time, and opinions differ as to whether or not the cluster will be in a position to receive the message by the time it arrives. [https://en.wikipedia.org/wiki/Messier_13]