The Jumping Puppy Nebula in the Hubble Color Palette 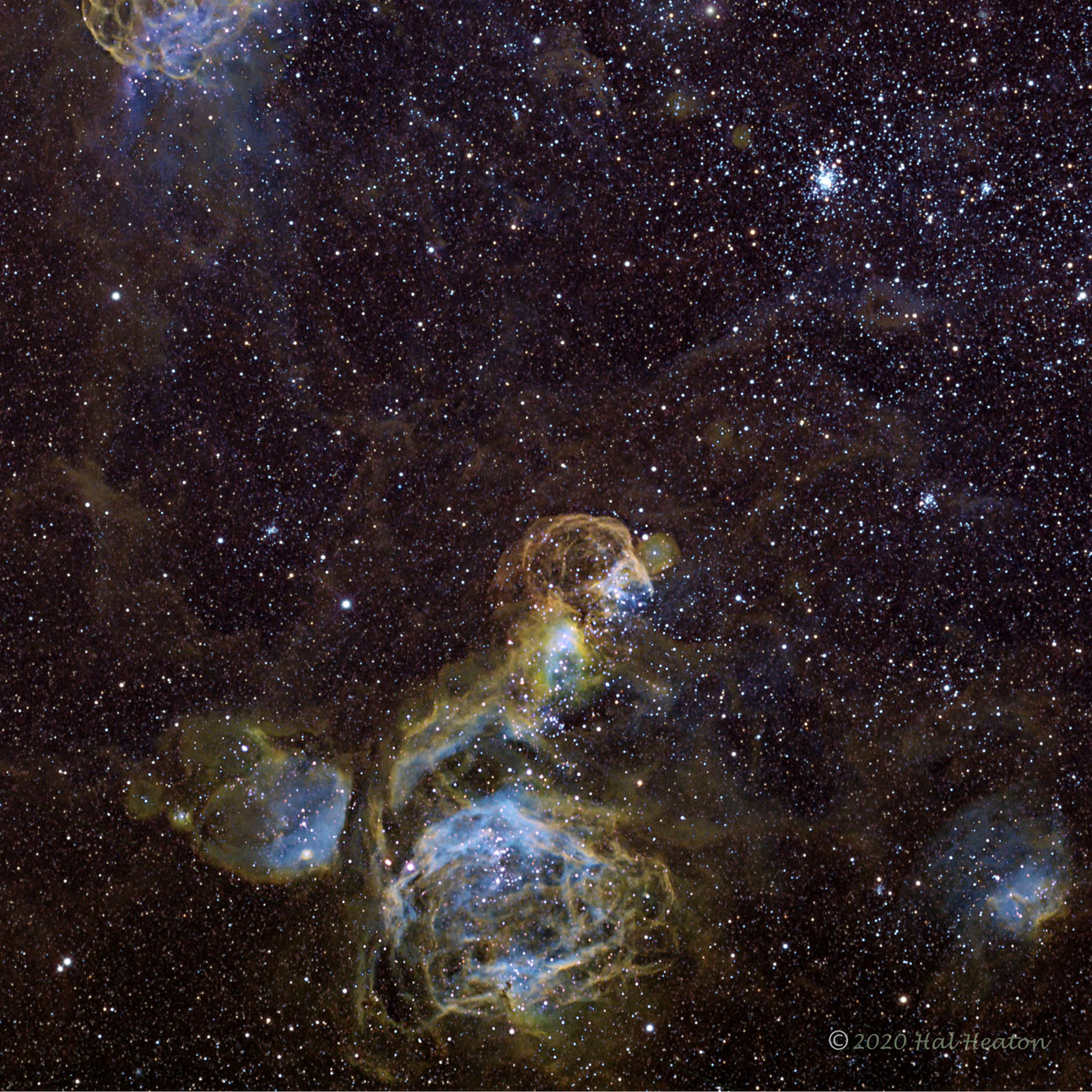 The Jumping Puppy Nebula lies along the southwestern portion of the Large Magellanic Cloud’s supergiant shell LMC-4. Rendered in the Hubble Color Palette, this narrowband image shows a myriad of greenish-brown shock fronts visualized by their hydrogen and sulfur emission that are highlighted by strikingly beautiful regions of blue oxygen light. The entire scene is set in a tapestry of wispy faint turbulence that is dotted with naturally-colored stars. This 38.8 arcmin square image, which spans 1842 lys on a side, contains several prominently catalogued objects. The bright portions of the puppy’s neck and face comprise NGC 1968 and 1974, respectively; the brownish crown of its head is the supernova remnant candidate DEM-L205. The bright top to the ball being traversed is NGC 1955, and the bluish portions of the smaller patches at the far left and right are the stellar associations LH55 and KMHK 884. Diffuse oxygen emission emanating from the superbubble associated with NGC 2014 (not visible here) seems to rain down from the top left of the frame, and the compact open cluster NGC 2004 appears at the top right. Processing was accomplished using CCDStack2 and Photoshop CC 2019. Additional 10-min exposures taken through the broadband filters were used to produce a naturally-colored image of the background star field, which was blended into the final image to replace its original falsely-colored stars. East is up, and North to the right.