The moons of Jupiter! 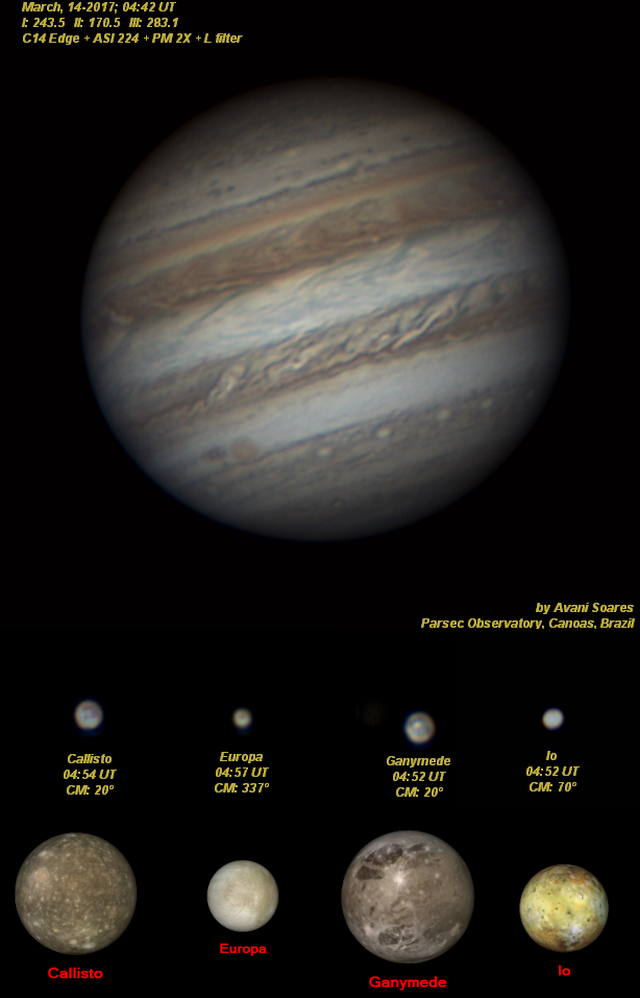 Another picture showing many details of the solar system giant, but the idea here was to assemble a picture with its moons and see what it gave. As seeing was a bit bad I could not get details with greater definition, but in 3 of the 4 moons you can easily see albedo marks. In fact, I made a mistake in capturing the Moons, I should have captured each one separately, but as Ganymede and Io were very close together I ended up making a single shot of both. This made Io come out assumed and Ganymede in the right tone. Next time I will not do the same nonsense, I will capture each one separately, so it is easy to control the luminosity. All Moons are 200% resize and have size proportional to each other but not to the planet because in Jupiter a Resize of only 120% was applied. The photos below were taken from the Win Jupos at the same time corresponding to the photo taken by me. I believe that as a test for a better night, the result was better than expected.