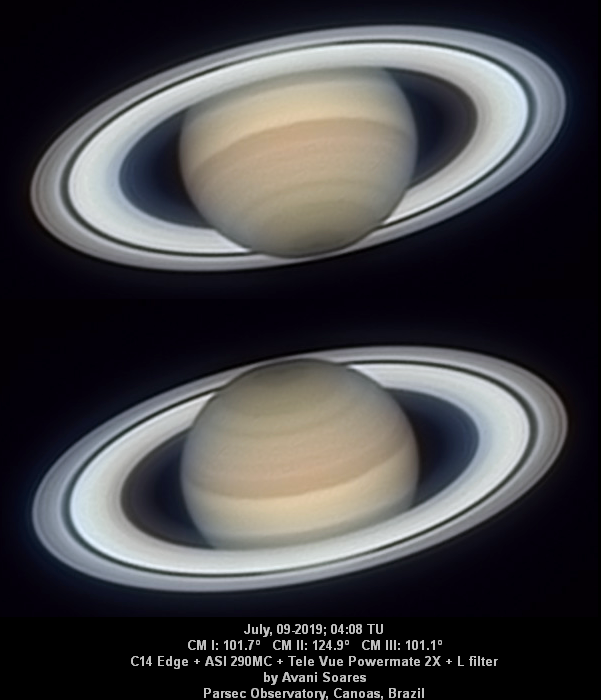 Photo taken in the opposition of Saturn when the Seeliger Effect occurs. The opposing outbreak (sometimes known as opposition effect, opposition peak or Seeliger effect) is the brightness of a rough surface, or an object with many particles, when illuminated directly behind the observer. The term is most widely used in astronomy, where it generally refers to the sudden perceptible increase in the brightness of a celestial body, such as a planet, moon, or comet, as its viewing angle approaches zero. It is so called because the light reflected by the celestial body seems significantly brighter than predicted by simple Lambertian reflection when in astronomical opposition.