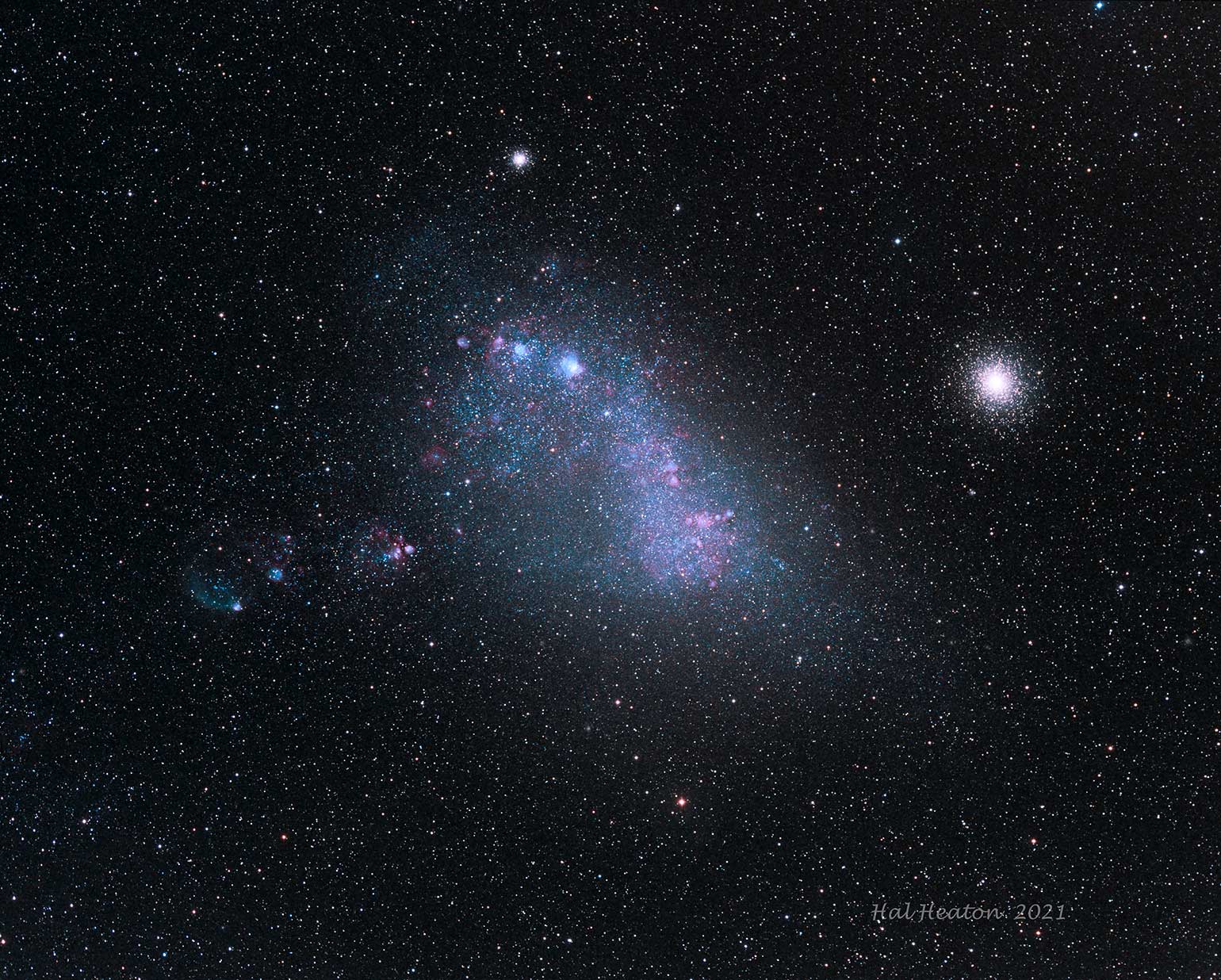 The shimmering Clouds of Magellan have been known since at least the time that Portuguese explorers first circumnavigated the globe in the 16th century. Lying within the Milky Way’s outer halo, the massive Large Magellanic Cloud (LMC) is making its first orbital pass of our Galaxy, carrying along with it several dwarf galaxies that include the Small Magellanic Cloud (SMC) shown here. In the process, a stream of gas has been torn from the SMC that spans more than 200 degrees on the sky, and a tidal bridge containing young stars exists between the two clouds. Recent research suggests that instead of being a single cloud, the SMC may comprise several distinct sub-structures that overlap along the line of sight. Oriented with north up and east to the left, this 7.8 by 6.2 degree image of the SMC shows a tilted bar-like structure with a faint extension towards the NE (the beginning of the stream) and a broader wing that focuses down to several reddish patches to the east (the start of the bridge). Two foreground Globular Clusters can also be seen: NGC 362 (upper center) and 47 Tuc (NGC 104-right).