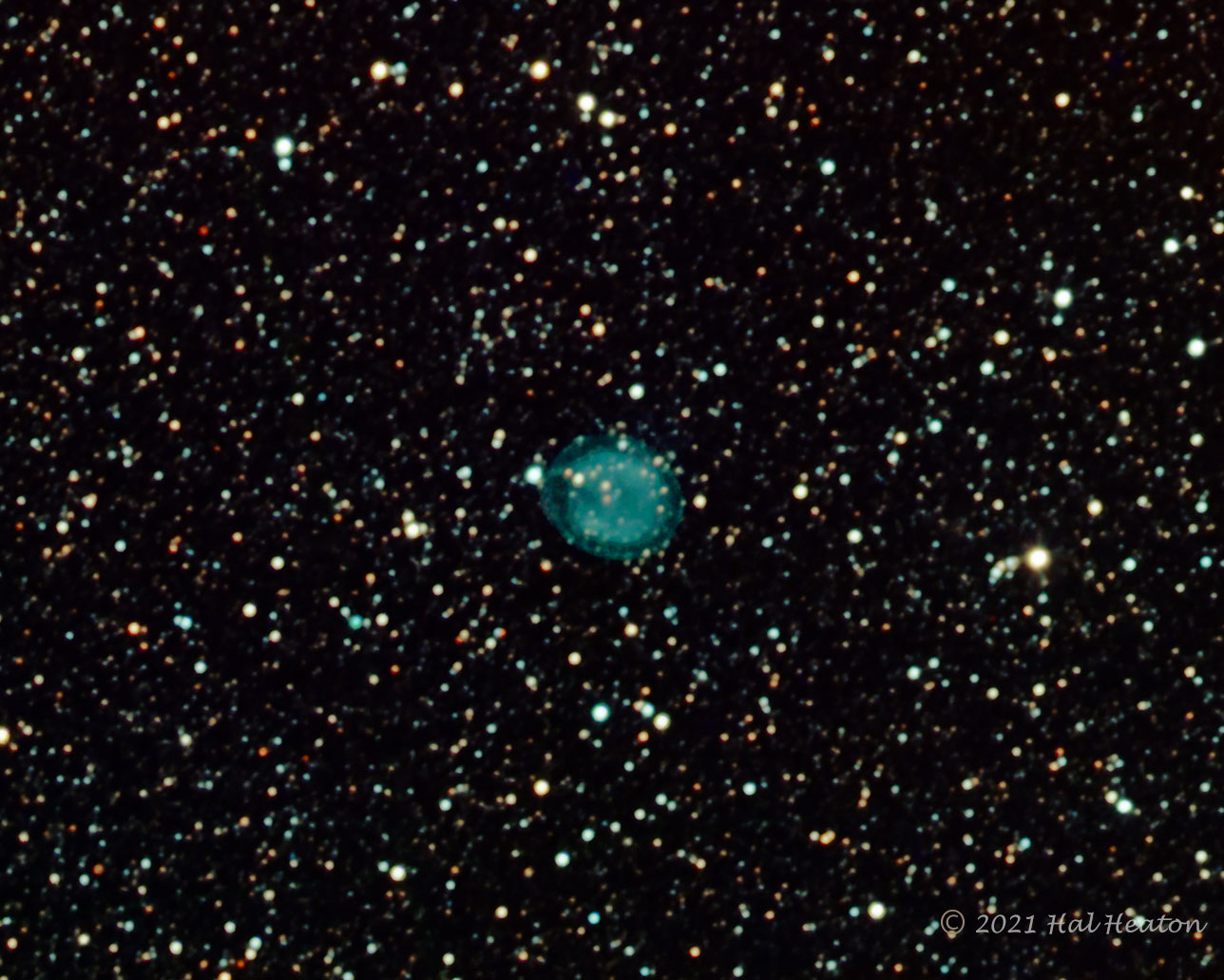 Amid the myriad stars toward the inner Milky Way lies a set of colorful nested shells comprising the planetary nebula IC 1295 in Scutum, which were ejected episodically late in the life of the hot blue stellar core visible at its center. Lying nearly 5-deg south of the Galactic plane at a distance of ~4740 lys, and just a few degrees southeast of the great Scutum star cloud, its bluish-green appearance arises from strong shock-excited emission from the atomic oxygen embedded in its layers. Although similar in shape but not color to the better known Ring Nebula in Lyra, planetary nebulae often exhibit more exotic morphologies. They are of additional interest because they represent the fate of sun-like stars that have exhausted the nuclear fuel in their interiors, which had sustained their normal appearance for billions of years. This image was made by first forming a synthetic luminance frame from an initial RGB-color picture in CCDStack v2, which was colored subsequently after blending narrowband hydrogen (H-alpha) and oxygen (OIII) data into the initial RGB image in Photoshop CC 2019 to accentuate detail in the nebula’s interior. North is down, and East is right in this 20.1-arcmin x 16.1-arcmin image.