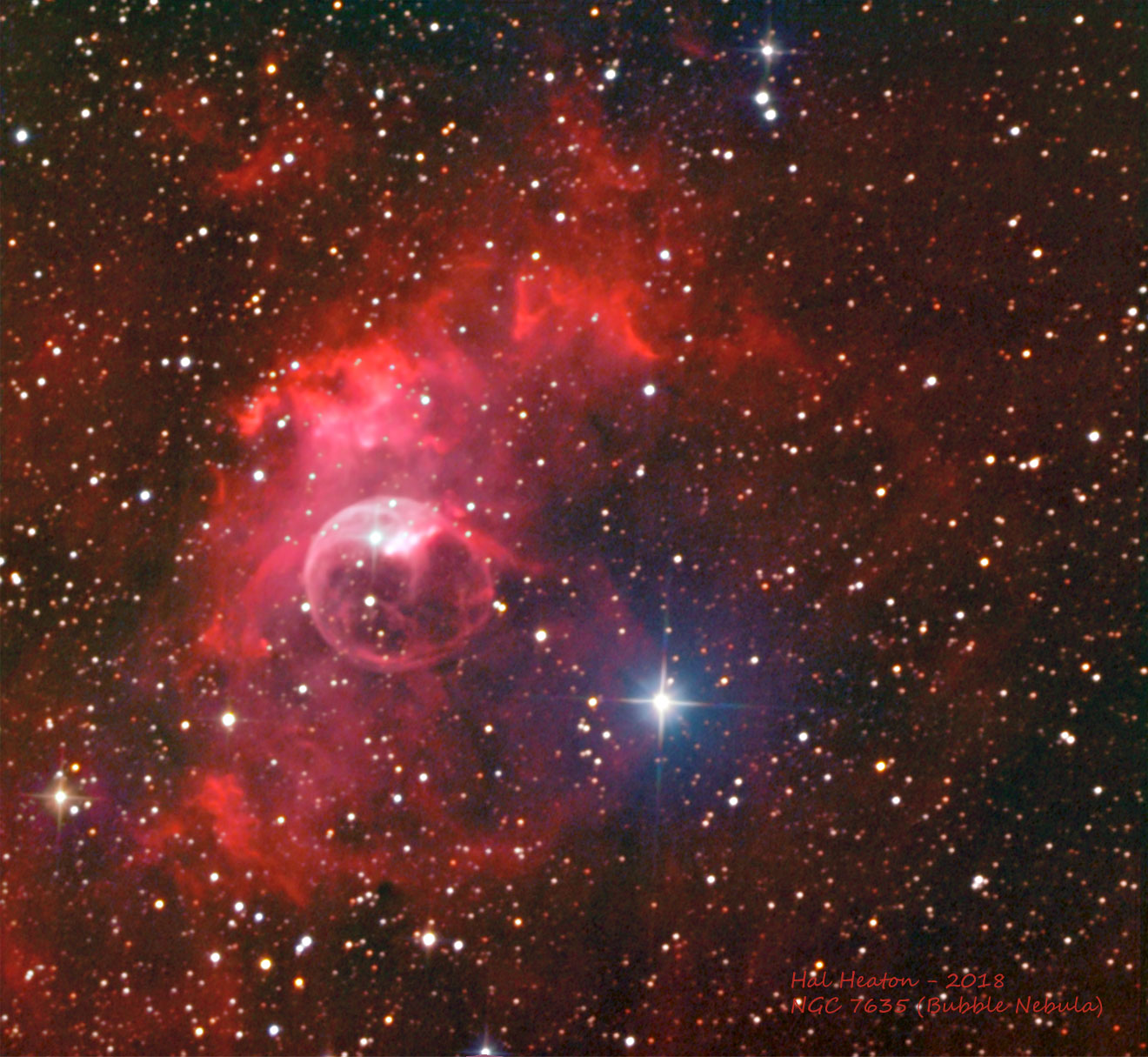 The Bubble Nebula (NGC 7635) in Cassiopeia is a visualization of the shock front produced by the supersonic stellar wind propagating away from the massive O-star BD+60o2522, also known as SAO 20575, as it interacts with the surrounding interstellar medium. The expansion is curtailed by a nearby molecular cloud situated “above” the nebula in this view, giving the impression that the embedded star is substantially offset toward the upper left of the bubble’s geometric center. The driving star is more than 40 times as massive as the Sun, and is thought to be approximately 2 million years old. The nebula is likely considerably younger, and perhaps only 40,000 years old. At a distance of 8786.8 lys (GAIA DR2), this 20.6 x 18.9 arcmin field-of-view spans approximately 52.5 x 48.4 lys; the bubble itself is about 8.1 lys in diameter. The unguided 1-min sub-exposures were integrated using CCDStack to produce mean background-flattened channel images of 1.23, 1.20, 1.15, 1.13, 1.30 and 2.07-hrs duration in the L, R, G, B, H-alpha and OIII bands, respectively. Although the OIII data were acquired with a different camera than the remaining images, and had a differently-sized and rotated field-of-view, the pixel size was the same. After registering, resampling, and cropping the mean channel images, the narrowband data were blended into the broadband images in various combinations using Photoshop to enhance the nebula’s detail. A high-pass-filtered version of the blended Luminance was then colored by a narrowband-augmented RGB image using Luminosity Blending, and the radial profiles of the stars adjusted to reduce distortions from the lack of guiding. After reducing background noise, prominent structures were emphasized further using an unsharp mask, and the largest stars were puckered to reduce their apparent size.