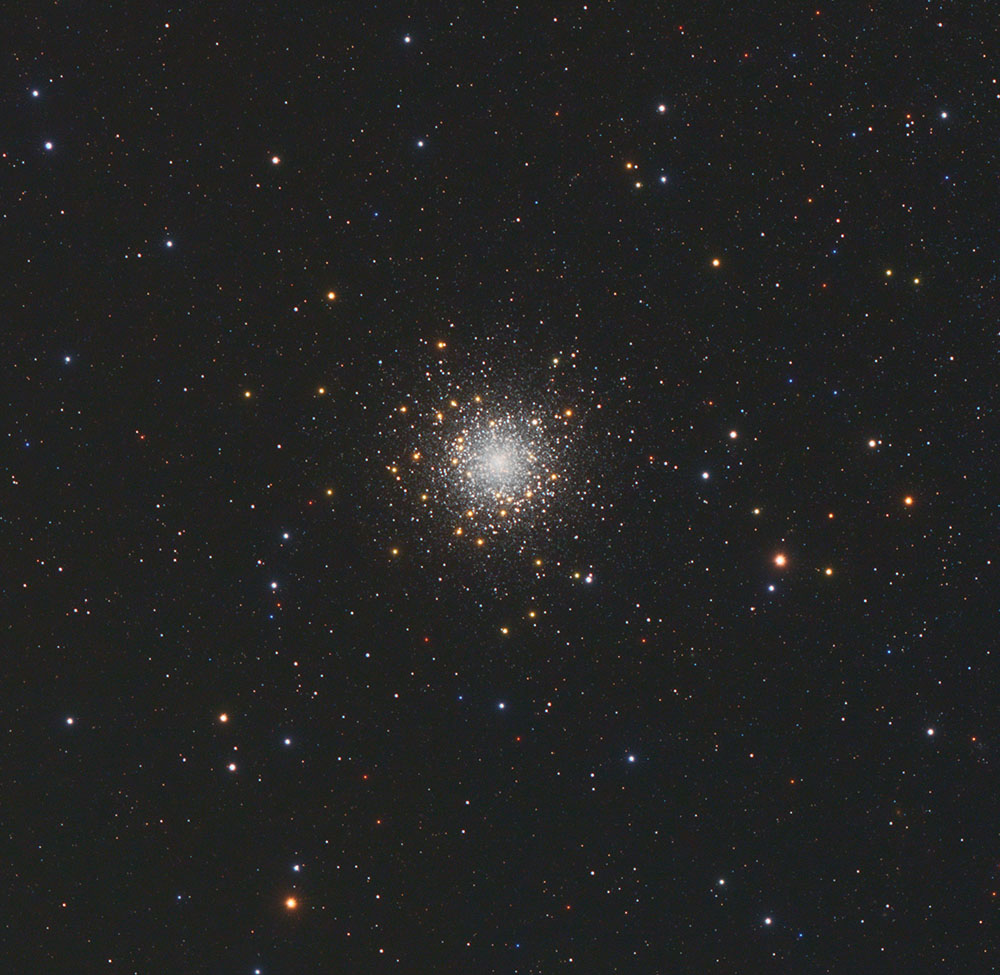 NGC 362 is a globular cluster in the direction of the constellation Tucanae, it is one of the youngest globular clusters, probably forming long after our Galaxy. NGC 362 can be found with the naked eye almost in front of the Small Magellanic Cloud and angularly close to the second brightest globular cluster known, 47 Tucanae. Globular clusters offer some of the most spectacular views of the night sky. The Milky Way contains more than 150 of these clusters. As stars progress through life, they fuse elements at their cores, creating heavier and heavier elements - known in astronomy as metals - in the process. When these stars die, they flood their surroundings with the material they formed during their lifetimes, enriching the interstellar medium with metals. Later-formed stars therefore contain greater proportions of metals than their older relatives. By studying the different elements present in individual stars in NGC 362, astronomers have found that the cluster has a surprisingly high metal content, indicating that it is younger than expected. Although most globular clusters are much older than most stars in their host galaxy, NGC 362 goes against the trend, with an age between 10 and 11 billion years. For reference, the age of the Milky Way is estimated to be over 13 billion years old.