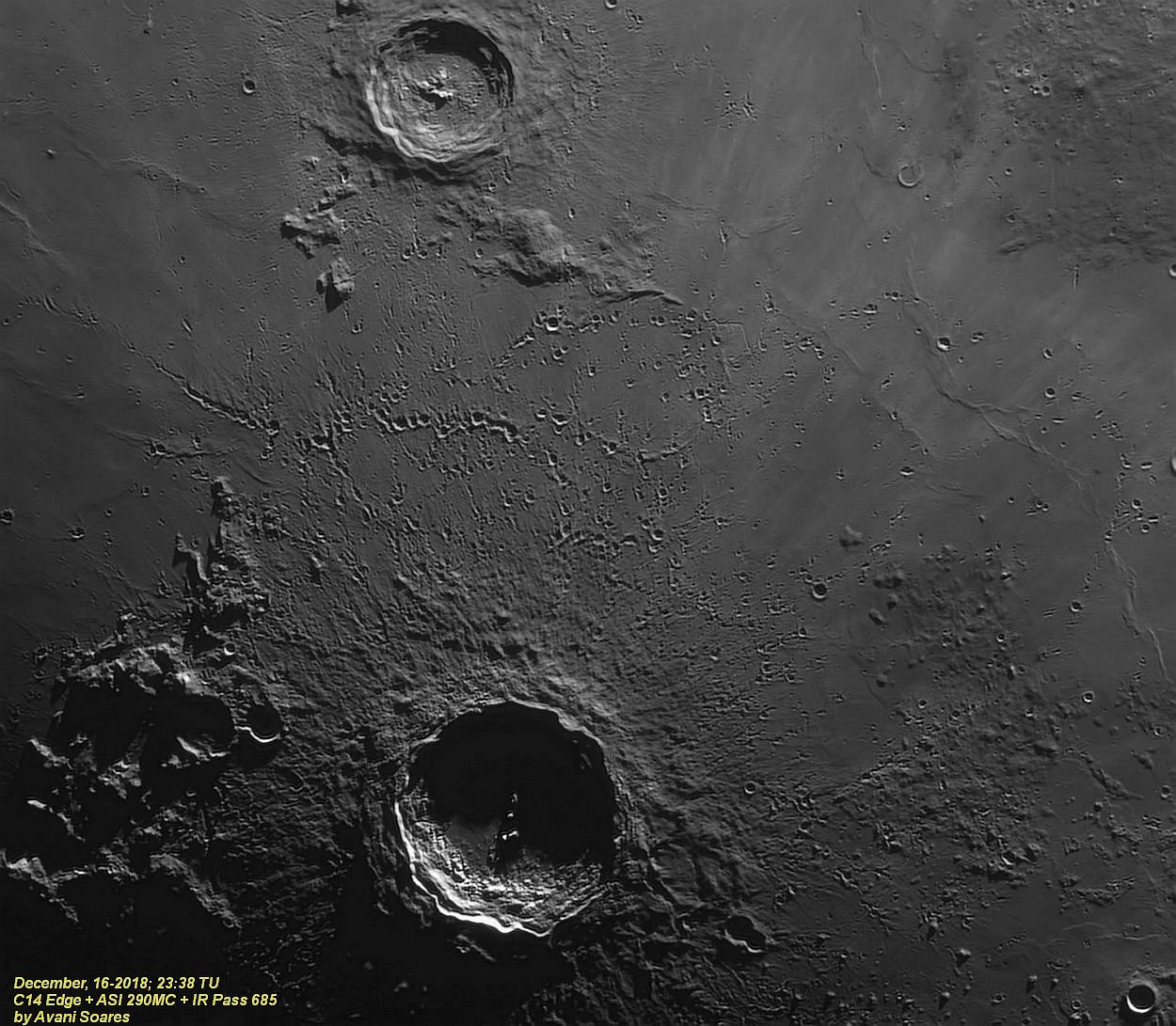 Copernicus and Eratosthenes, two of the moon's most photographed craters, and I here, again posting pictures of them. No matter how specific a place is photographed, the possibilities are never exhausted. Two pictures are never exactly alike. They are more diverse than one thinks the variations that can occur; starting from the exact angle of illumination, or from the mere phenomenon of hovering. Each photo is a unique moment, so it should be published even though it has already been published thousands of times. This region is extremely interesting, not only by the two craters mentioned; We can see Stadius, one of the best examples of crater in ruins almost to the point of becoming a ghost crater. We also have part of the Carpathian Mountains, and the right of Copernicus, a region that I consider an example of volcanism highlighted in the lunar soil, is enough to see the large number of rounded hills (think of Marius?) Remembering domes, the dark tint that surrounds them shows a site of intense pyroclastic activity. Do you see the huge amount of shrapnel around Copernicus? Do you realize that it was due to the shock of the car that gave rise to it? The next time you look at the Moon, do not just focus on the most prominent formations, you may be missing out on a treasure trove of meticulous information.