Total Lunar Eclipse as observed from the Philippines 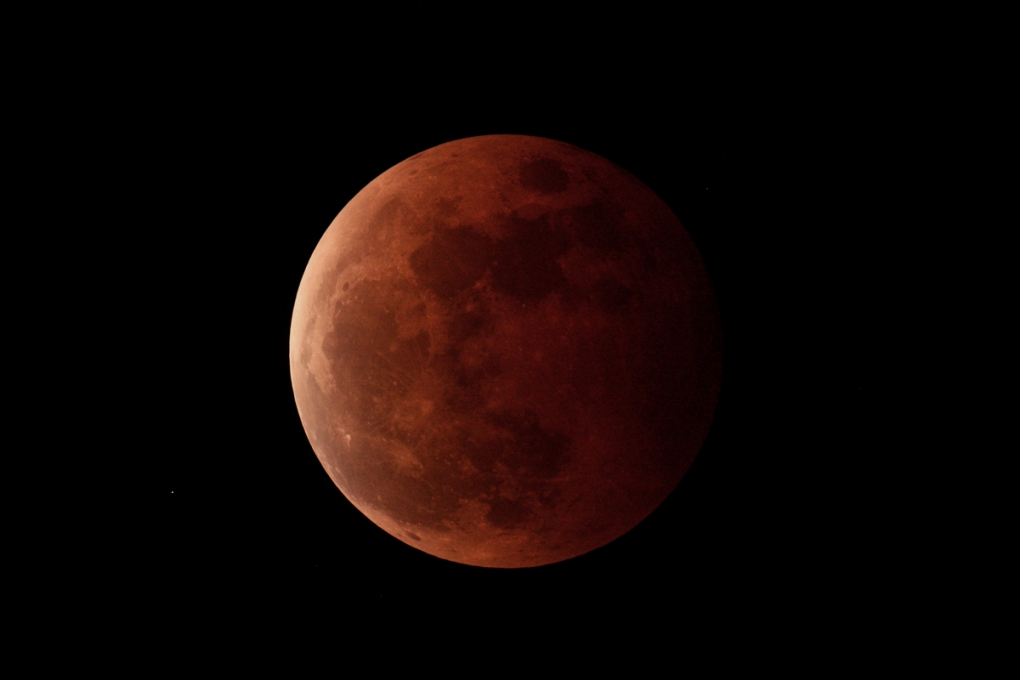 Total Lunar Eclipse as observed from Quezon City, Philippines on October 8, 2014. A lunar eclipse occurs when the moon passes through the Earth’s shadow, during instances when the Sun, the Earth, and the moon are in alignment. The deep red hue of the moon is caused by sunlight refracted by the Earth’s atmosphere where most of the blue light has already been scattered, leaving only the red light to fall on to the moon’s surface.