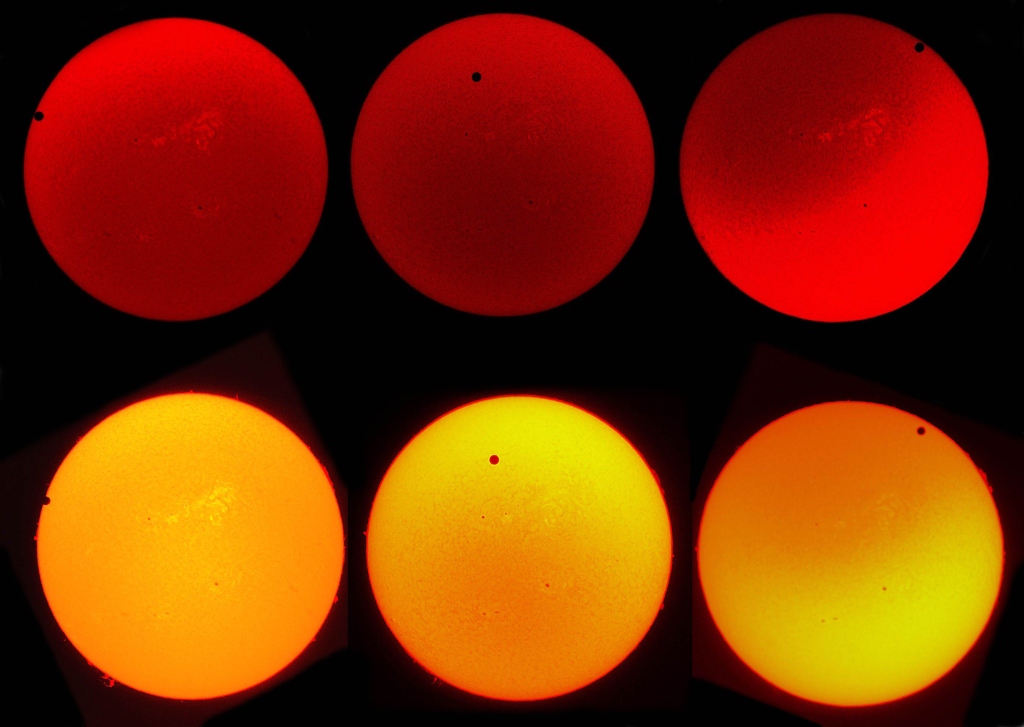 Chile may be renowned for its clear skies, but the last transit of Venus was not visible from this country. So a group of chilean astronomers decided to travel to Australia to witness it, namely at Brewarrina, a very small town of New South Wales. And it worked well : in this reversed 2-colours sequence, the right pictures show the ingress of the planet, the left ones show the exit of the planet, some six and half hours later, while the middle pictures correspond to the maximum phase, that is when Venus appeared at its closest to the centre of the sun disc. We are very happy that the weather turned good indeed, as this is the only observation of the complete phenomenon from chilean astronomers... (photos: Cristian Valenzuela / Observatorio del Pangue - Chile)